"The market is changing. We are seeing a big shift from A and B categories to upper segment and that's why Maruti and Hyundai are also trying to move to the premium side. So, we are also carefully monitoring this segment movement," said Ueno. 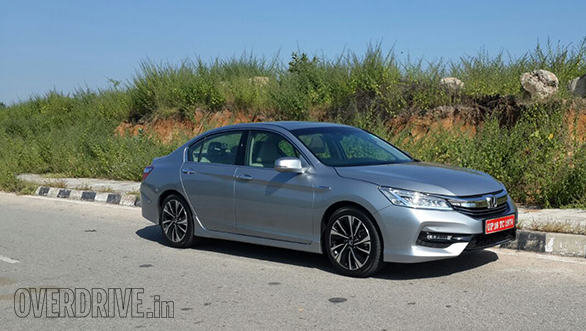 Ueno stated that there is a lot of demand from Honda City owners who wish to upgrade to a bigger car. Currently, Honda does not offer a bigger sedan and the City is practically their flagship model. He said that their dealers are requesting for a bigger car as they don't want to lose their City customers to other brands.

Ueno also commented that the growth of the SUV segment is also a big change in the Indian passenger car segment. "We are receiving a lot of requests to reinforce the SUV market," he further added. When quizzed if the company is going to launch a SUV model he responded by saying that we can expect it to happen.

Upon being asked if the Honda HR-V will be introduced to our shore, Ueno said, "It really depends on customers' voice. If there is a lot of demand or request, then we might look at it." He also stated that it is important for Honda Cars India to catch up in the fast moving market environment.  He revealed that the company's current strategy for India is to introduce their global models instead of developing ones specifically for India.

Honda Car India has been seeing a decline in sales over the past few months. Commenting on their sales performance Ueno said that from the end of last year to this year their inventory was not matching the market demand. He mentioned that from July the dealer supplies had been normalized and the situation is getting back to normal.

We have driven the 2016 Honda Accord Hybrid which is scheduled to launch on October25, 2016.