Honda has launched the latest iteration of its PCX150 scooter in the USA. The scooter goes on sale in July 2018 and is priced at $3,999 (Rs 2.55 lakh excluding taxes and duties)  for the ABS version and $3699 (Rs 2.36 lakh excluding taxes and duties) for the non-ABS variant. Major changes to the 2019 Honda PCX150 include a new steel duplex cradle frame instead of the "underbone" tubular steel frame of the previous version and a new smaller bore 149cc liquid cooled single cylinder motor although no performance figures have been announced. The bike also comes with a larger airbox and a low friction variomatic transmission.

The earlier bike's front 31mm telescopic forks remain but the twin rear shocks receive tri-rate springs. These are situated further back and have more travel, 83.82mm to the earlier 78.74mm. There are lighter 8-spoke alloys and wider tires as well. The bike now weighs 131 kgs, a loss of 2 kgs over the older bike. 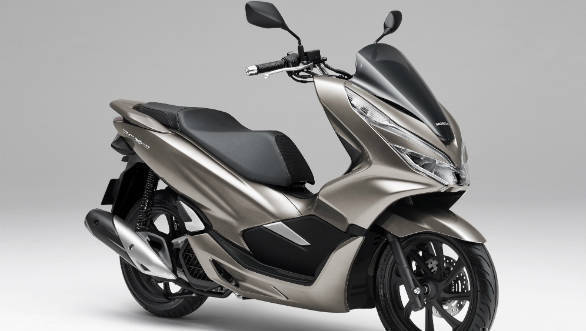 The exterior styling of the new PCX150 has taken a more evolutionary approach. Most noticeable is the refreshed front fascia with a large, central LED headlight accompanied by a pair of long, upwardly-slanting LED turn signals.

Other additions on the bike include LCD instruments, a helmet hook, 28 litres of underseat storage, a smaller storage space in the dash, and 12-volt adaptor.

While there is no news of this scooter joining Honda's India line-up, the Honda PCX150 could be a viable alternative for buyers looking to upgrade from the large number of 125cc scooters in the market to a bigger machine. This bike could provide a more laid-back alternative to the sportier Aprilia SR150 already available in the Indian alternative. 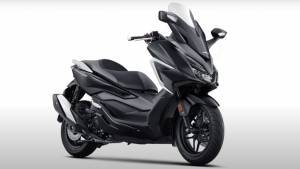