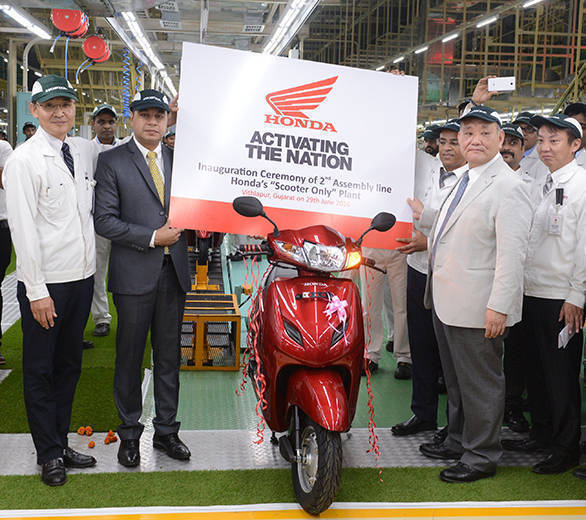 Speaking on the occasion, Keita Muramatsu, president and CEO, HMSI said, "India is not only the world's number one two-wheeler market but is also going to be the number one contributor to Honda global 2Wheeler sales for the first time in this fiscal year 2016-17. Scooterization, a trend seen earlier in developed markets of the world, is firmly driving the Indian 2Wheeler momentum today. The scooter segment is growing at 30 per cent compared to 15 per cent growth of two-wheeler industry."

HMSI's Gujarat plant was set up with a total investment of Rs 1,100 crore and employs around 3,000 people. Additionally, the company says that along with its 23 vendors, it has invested around Rs 2,200 crore and created around 9,000 jobs.