Honda Motorcycle and Scooter India recently announced that it has crossed the four crore sales mark in India. The brand achieved this feat in 18 years, this is the shortest time any two-wheeler maker has needed to get to this milestone.

The company began production in India in 2001 with the Honda Activa scooter, which is now the largest selling two-wheeler in India. It took 11 years to get its first one crore customers, the next crore were added in three years. The last two crores sales took just four years to garner. 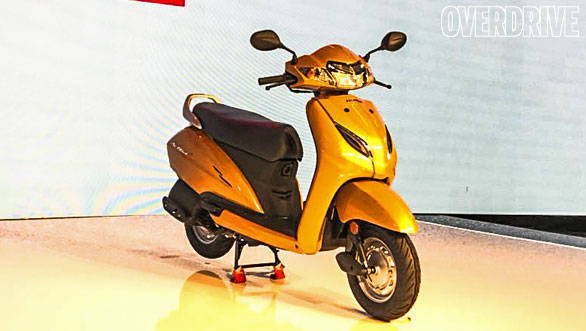 In the meantime, Honda 2Wheelers has introduced notable products like the Activa and CB Shine and new technology like the combi braking system. In 2011, it parted ways with Hero Motocorp and began expanding its own presence in the country by way of increasing production from 16 to 64 lakh. It also set up a technical centre to develop India-specific products and has introduced a spate of new modles. Right from from the utilitarian Cliq scooter up to high end performance motorcycles like the CBR 650F and later the Africa Twin.

Mr. Minoru Kato, President and CEO of Honda Motorcycle & Scooter India Pvt. Ltd. said, "We are honoured by the love and trust that 40 million customers have bestowed on brand Honda in such a short time. Since the very start, Honda is led by a challenging spirit bringing Joy to millions of customers with high quality innovative products."