Hero MotoCorp will soon have a new premium dealership network as it plans to have more motorcycles in the 150-plus cc segment in coming years. Hero MotoCorp recently showcased its newest entrant in this category, the Hero XPulse Concept at EICMA 2017 in Milan, Italy. At present, Hero has over 6,000 dealerships for all its two-wheelers across the country. To cater to a different segment of users with its premium motorcycles, Hero MotoCorp will set up a separate dealership network. Hero MotoCorp chairman, MD and CEO Pawan Munjal said during EICMA that moving forward, they will more products in the premium segment with higher engine capacity. "Clearly, a customer for 100cc is very different from a customer for the premium bike. So we considered a retail strategy with which we will be able to service that kind of customer," he said. 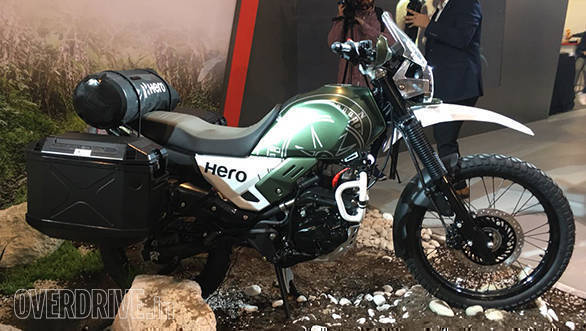 According to Munjal, Hero MotoCorp plans to launch half a dozen products during the current fiscal, which will include premium models, and more such premium model launches can be expected of the company going forward. The Hero XPulse Concept is powered by an engine in the 200-300cc category and resembles the company's previous adventure bike attempt, the Impulse even in name. It is expected to reach dealerships in India by mid to late 2018 and we can expect to see it being sold this exclusive chain of premium dealerships.