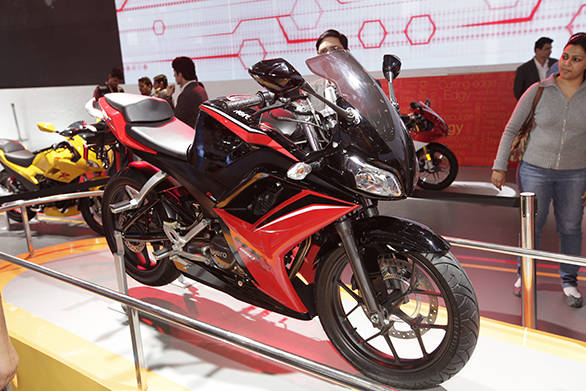 The HX250R is going to be a big deal for Hero as it'll be the first 250cc machine from the auto maker. More importantly, it'll also be built from scratch, right here on Indian soil.

Designed in association with Erik Buell Racing (just like the Hero Karizma ZMR), the bike runs on a 249cc fuel injected single cylinder unit   Engines Engineering and AVL have been involved in its development. The engine churns out 30PS, puts out a maximum torque of 26Nm and comes linked with a six-speed manual transmission.

The motorcycle is fully faired and features dual headlamps with LED strips similar to those on the ZMR that act as pilot lamps. It has clip-on handlebars and a raised fuel tank commonly observed on sportsbikes. The seat equation, the rear panels and grab rail also seem to have been inherited from the recently refreshed ZMR . The bike has discs on both the ends as well as combined braking with ABS as optional. The exhaust sits under the seat. Though it looks bulky, the HX250R weighs a (relatively) wee 139 kilograms.

A lot easier on the eyes than, say, the ZMR (she is a bit of an acquired taste, looks wise), the HZ250R has got our attention. Watch out for a first ride and updates from the launch  which we're hoping will happen soon. 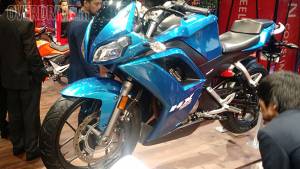 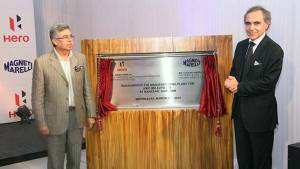 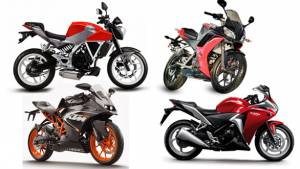