The electric pedal-assisted bicycle market is in a pretty nascent stage in India, and Hero Cycles is hoping for a first-mover advantage in the segment. These bicycles feature an integrated electric motor that can be used to build and sustain momentum. This is particularly useful when riding up an incline. Hero has restricted the motor-assisted speed of all cycles to 25kmph, classifying them as electric two-wheelers that do not require a CMVR or a licence to ride.

The entire range features a 250W Brushless Direct Current (BLDC) motor which is placed in the rear hub. The motor is powered by a Li-ion battery. These bicycles have a significant advantage over the entry-level e-bikes in the form of zero range anxiety. Out of power? Pedal away to your destination. However, the batteries have enough juice to last one's daily grind.

Hero Cycles will update soon about the number and location of dealers from where one can buy these bicycles. We will update this story as soon as we have the information. 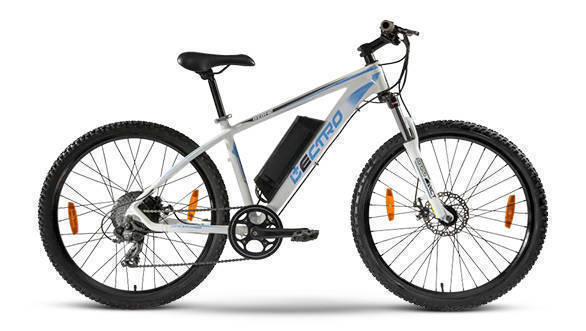 This is the entry-level EPAC that'll set you back by Rs 42,050. The Ozone is built primarily for city runabouts. It features a 36V detachable battery that can be charged in 3-4 hours, via a 2A charger that is supplied with the bike. It has a claimed range of 45km on a full charge. Power output form the electric motor can be regulated via a remote control that's placed on the handlebar.

The frame is made of aluminium alloy which helps in keeping the weight down to 22.6kg. The front forks are adjustable for pre-load, but there is no rear shock absorber. Braking duties are handled by 160mm discs.

To help the riders monitor their workout, the bike also features a cadence sensor which measures energy outputs in the form of rotations per minute. There's a LCD display unit that shows these readings, besides the speed and other tell tails. The bike gets a 7-speed gear set by Shimano. 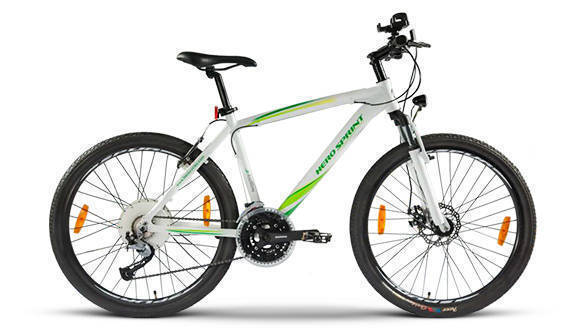 The Spark features an all-in-one rear hub motor, which contains the 29.2V battery. It can be charged in 2-3 hours using a wall-mounted charger and has a claimed range of 25km. This can be extended by reverse pedalling, when on the move. It has a cadence and torque sensor to monitor the workout via the LCD display. Further, the display can be hooked to a smartphone to track the activity. The Spark gets a disc brake upfront and V-type rubber brakes at the rear. The bike also has LED lights which are not available on the Ozone. Priced at Rs 81,150, it slots in between the Ozone and the Renew. 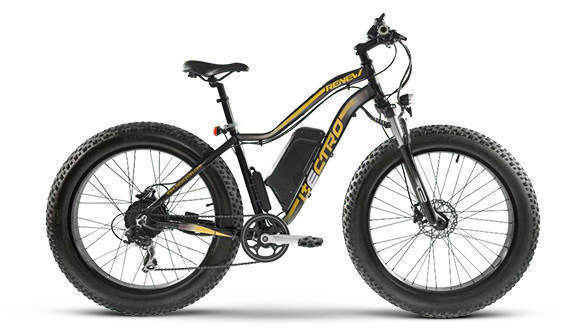 The Renew's standout feature is the fat tyres that make it suitable to ride on sand or off-road. It looks like the SUV of the cycle world, and the prices for the range-topping Lectro start at Rs 83,050. It has the largest battery pack in the range, at 48V. Built by Panasonic, the battery can be charged in 4-5 hours using the 2A charger and has a claimed range of 50km. Readings from the BB axle torque and cadence sensor are displayed on an LCD display that also controls the intensity of the LED headlamp, which comes on automatically once it gets dark. The 7-Speed Shimano Derailleur gears are similar to ones on the Ozone, and so are the 160mm brakes on both wheels. The bike weighs 31.6kg.