Upset that you aren't a part of the lucky few who are getting the new Ford GT? Well, we've got some news that will give you more sleepless nights. Ford has added a special edition to the online configurator called the GT '66 Heritage edition, which is bound to make any motorsport buff giggle with joy. 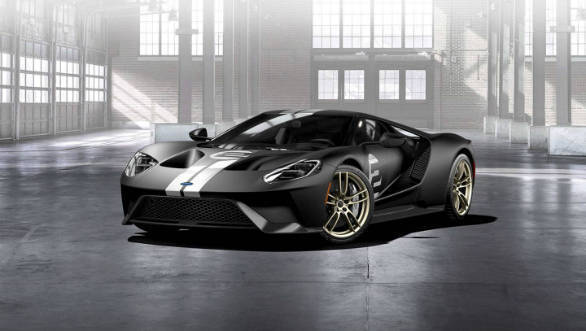 The Ford GT '66 Heritage edition features a silver-on-black livery that is instantly recognizable. It's based on the No 2 GT40 MkII driven by Bruce McLaren and Chris Amon, which went on to win the 1966 24 Hours of Le Mans and gave Ford its legendary 1-2-3 finish. What makes this special edition more special is Ford's win at Le Mans this year. With an option of either gloss or matte Shadow Black, the '66 Heritage edition has two silver stripes down the middle with a white No 2 numbering on the hood and front quarter panels. As seen on the racecar, the '66 Heritage edition also has 20-inch satin gold rims which complete the get-up, while exposed carbon-fibre detailing is just the icing on the cake. 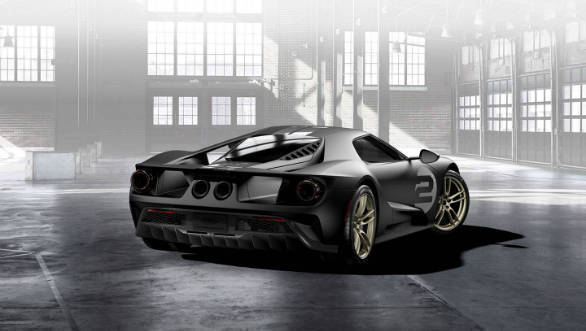 The interior is draped in ebony leather with gold detailing on the carbon seats, instrument panel and the paddle shifters, while seatbelts are finished in Ford Performance blue with No 2 graphics on the door panels. 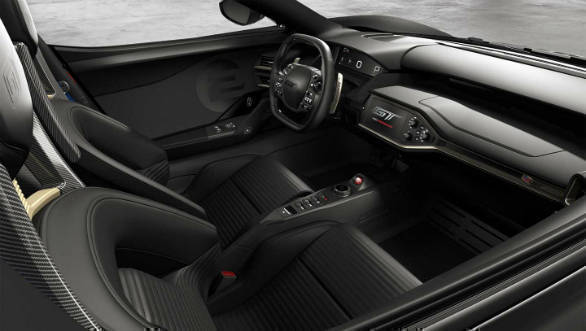 No changes have been made on the mechanical side of things, with the same 3.5-litre twin-turbocharged EcoBoost V6 churning out horses north of 600PS. Power is sent to the rear wheels via a 7-speed dual-clutch transmission. The exterior styling also is untouched, which is honestly not a bad thing, featuring the same active aero and the utterly bonkers styling. 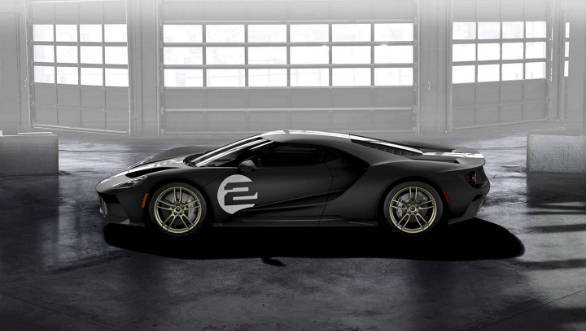 Head on over to the configurator to spec your dream Ford GT because it's the closest we commoners can get to owning one.