While India is waiting for the launch of some new Harleys that should happen in the next few days, two all new motorcycles have made an appearance at the X Games in Aspen.

The first motorcycle is the new Harley-Davidson CVO Pro Street Breakout. It is essentially what happens when an H-D Breakout gets sent to Harley's Custom Vehicle Operations to become a limited run special edition motorcycle. At its heart is a Screamin' Eagle Twin Cam 110B engine instead of the 103B that runs in the regular Breakout. It also gets the Screamin' Eagle Heavy Breather Elite air intake kit. The drag-bike ergonomics remain while a lot of styling changes have been applied. It gets a shiny new custom paint job with some very slick, hand-applied gold stickering, new shiny custom wheels and a new headlight shroud. 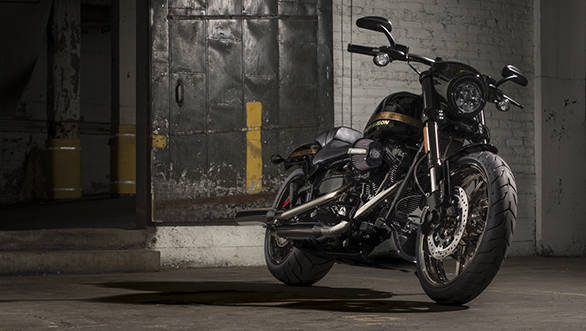 The second motorcycle is the new Harley-Davidson Low Rider S. It is a new addition to Harley's Dyna family and is also the first non-CVO motorcycle to get the Screamin' Eagle Twin-Cam 110 engine that puts out a claimed 156Nm of peak torque. The bike gets a little cowling around the headlight with drag style handlebars and chopped down fenders. The entire bike is finished in different kinds of blacks  matte, glossy and satin. The only non-black part of the bike are the matte gold custom wheels. The Low Rider S gets nitrogen charged shock absorbers at the rear and a Premium Ride fork up front. It also gets electronic throttle control and, as a result, cruise control as well. 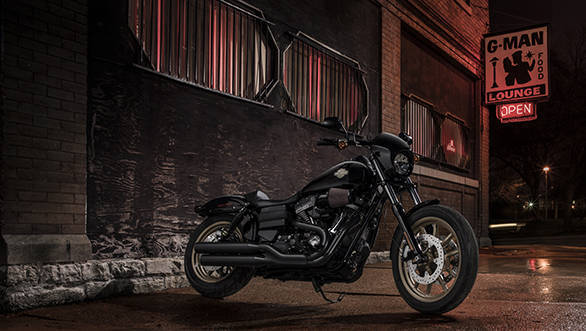 Here are some more images: 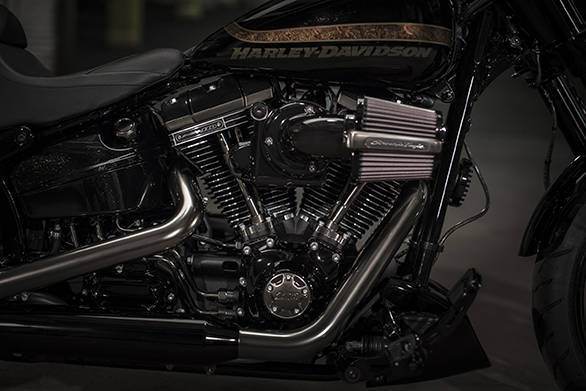 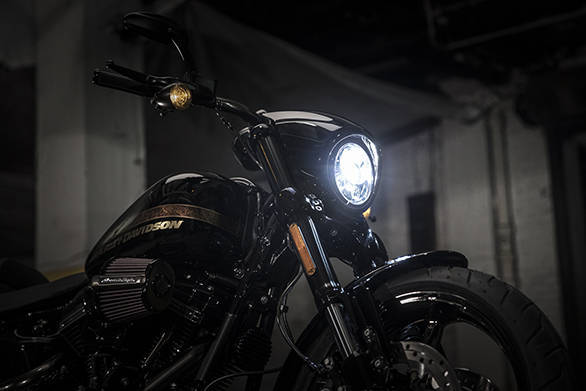 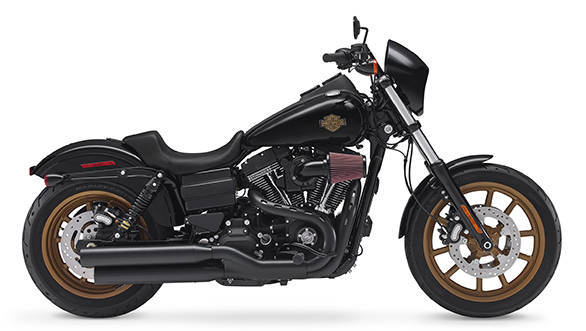 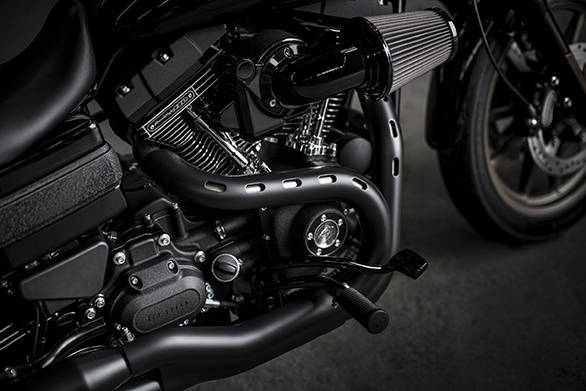 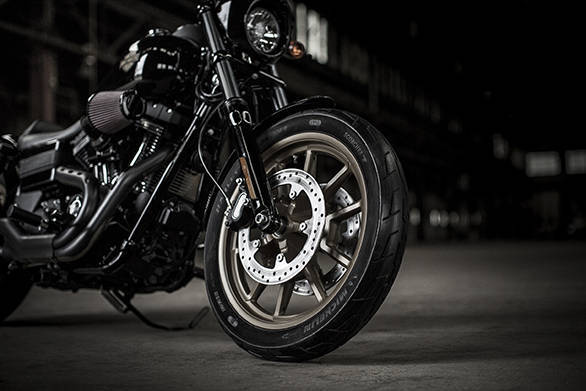