Harley Davidson currently assembles its Fat Boy, Fat Boy Special and Heritage Softail Classic motorcycles at its Bawal facility in Haryana. The manufacturer had earlier announced its plans to start motorcycle assemblies of three more motorcycles in the country.

"We entered this market in 2009 and between 2010 and 2013, we already have 2,000 Harleys on the road. We will continue to invest here. We just entered Indore and will add two new dealers in Jaipur and Pune soon," said Anoop Prakash.

"At Harley-Davidson India, we are enthusiastic about this market. We are a lifestyle brand. Last thing you do is to cut down on your passion and Harley is all about passion. We have seen a steady growth here," he added. 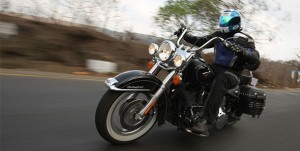