Harley-Davidson Street 750 to get ABS in India

The Street 750 is the only Harley-Davidson to be produced as well as sold in the Indian market. The most affordable Harley, however, has had famously weak brakes from the off. The 2016-model year brought in better brakes. Now in 2017, Harley-Davidson is getting ready to offer ABS as standard equipment - this is going to be made mandatory shortly by the Indian government. 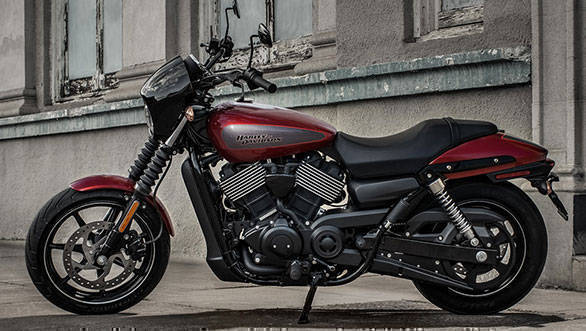 The other change in the Street 750 is the introduction of a standard new security system that allows one to operate the motorcycle key-free for the most part. Harley calls this its Smart Security System, a security fob. This system, Harley-Davidson India has confirmed is not coming to India. We assume me this is a cost issue more than anything else

Harley will introduce two new colours, according to the press release, and add a new logo medallion to the tank in solid colours.

The Harley-Davidson Street 750 is regarded as the most popular of the Indian Harleys in sales terms and is the most affordable. We expect Harley-Davidson to announce a modest rise in price - Rs 20,000 is our guess - when the new model goes on sale in India shortly.

There are not other mechanical changes to the Street 750 for the 2017-model year.