A special edition of the Harley Davidson Street 750 has been launched in India for Rs 5.47 lakh ex-showroom. Company has brought the special edition in celebration of their 10th anniversary of being in the country. 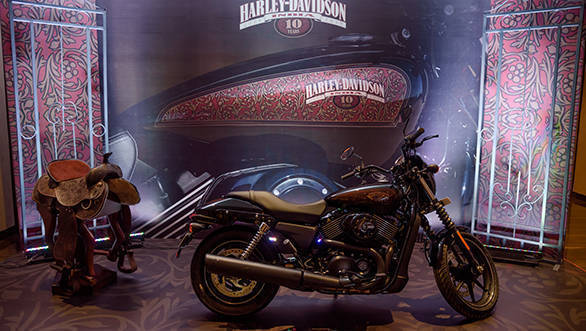 The special edition sports a different paint scheme with patterns and designs that the company claims have been inspired by India. The paint job also flaunts the company's 10 years of existence in India. The motorcycle mechanically remains unchanged and only 300 units of the Harley Davidson Street 750 special edition will be sold pan India. 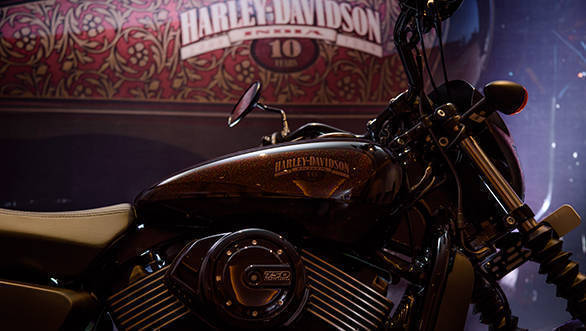 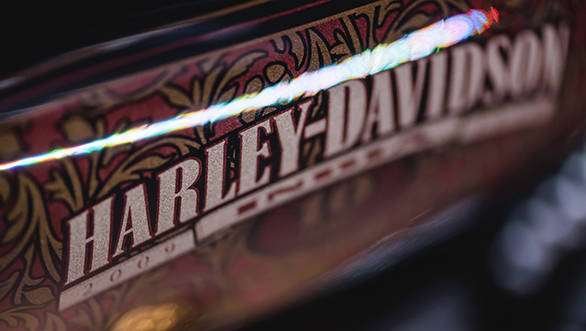 The company has also announced the launch od '10 on 10' smartphone application for H.O.G (Harley Owners Group). Harley Davidson India also plans to hold anniversary rides across the country. Anniversary special merchandise and offers will be available across dealerships. 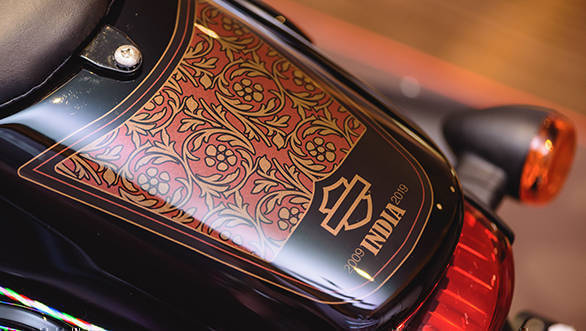 Speaking at the launch, Sajeev Rajasekharan, Managing Director, Harley-Davidson® India Pvt. Ltd., said, "Upholding the legacy for 10 years in India is just the beginning and we will continue to fuel excitement for motorcycle enthusiasts in the country. As the first manufacturers of electric motorcycle in the premium segment, we are ecstatic to bring the LiveWire for showcase in the country. We will continue to invest in products and experiences to build more riders for Harley-Davidson in line with our More Roads plan."