A group of 20 Harley Davidson riders took to the streets of Delhi to voice their support for child rights and also to make the general public vote for the party that supports child rights in the upcoming general elections of 2014. The rally was part of a larger nationwide campaign organized by CRY (India's leading child rights organization) called 'Vote for child rights' which has been going on since November 13, 2013.

The rally started from Gurgaon's Cyber hub and went all the way to India Gate and back, effectively covering a distance of around 50 kilometres. Volunteers from CRY also performed a flash mob to grab the public's attention and raise awareness over the issue. Drummers from 'World of Talent' thrilled the audience with a captivating display at Gurgaon's Cyber hub. 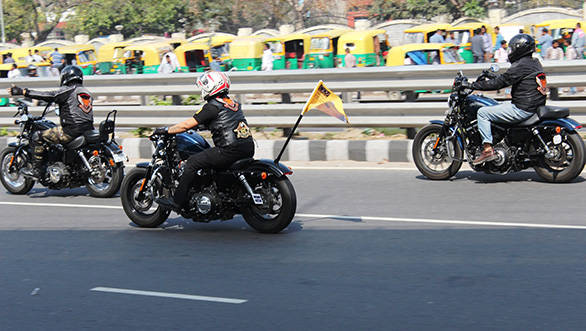 The campaign aims to reduce child rights violations by getting the political parties to recognize children as rights holders and thus ensuring that they provide the relevant care needed to give these young ones a happy and creative childhood.

The campaign has seen a lot of activity. Bike rallies, flash mobs and even press conferences have been organized along with support from various influential personalities, to highlight the current plight of children in India. A pledge signing drive has also been going on and is currently at a figure of 1.5 million pledges across the country, this is indicative of the success that the campaign has achieved so far.