Harley-Davidson blew the lid off its 2018 model line-up with the arrival of its all-new eight model line of Softail cruisers. 2018 onwards, there will be no Dynas as a family, the Fat Bob, Low Rider and Street Bob will now be part of House Softail. Common to the line-up is the Milwaukee 8 engine that we sampled and loved in the Road King, Street Glide Special and our favourite, the new Road Glide. The smaller of the Milwaukee 8 engines, the 1,750cc 107 as Harley calls it, powers the Harley Softail Slim, Softail Deluxe, Breakout, Low Rider and Street Bob. The bigger 1,870cc 114 is called upon for the Heritage Classic, Fat Boy, Breakout and Fat Bob. We expect many of these motorcycles to be launched in India. We are certain that before the year is out, minor prices rises will accompany the Fat Bob, Fat Boy, Heritage Classic and Street Bob to India. Harley will probably not expand the range further this year for India. All four are CKD models and will be assembled at Harley-Davidson India's Bawal, Haryana facility. 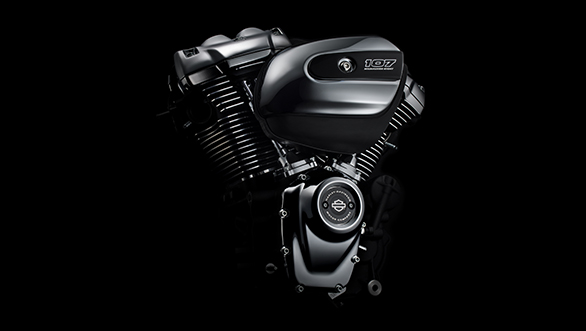 There are no significant updates to the Milwaukee 8 engine for the 2018 model year. See our detailed story for a complete technical breakdown. The big deal about the M8, as it's called is the selective oil cooling of the twin exhaust valves. Thermally stabilising the hottest part of the engine allows Harley-Davidson to use a higher compression which is good for performance, emissions as well as economy. Visually, the M8 adds a trapezoidal oil cooler that nestles tightly between the frame rails at the bottom-front of the engine.

What is all-new for this year is the frame that underpins the motorcycles. Harley brings a Showa monoshock that's mounted where the traditional oil tank goes and maintains the hard tail look with a direct line from the rear axle to the head stock. The frame is stiffer, as is the shock and Harley-Davidson repeatedly mentions how much better the handling has become on all of the 2018 models. The front forks, similarly, are the Showa SDBV forks as seen on the 2017 Glides, again, being credit for more control and more comfort. The frame is over 30 per cent stiffer than the last one, but it also uses half as many components and about 20 per cent less welds which represents a huge cost saving across the range. The Milwaukee 8 is bolted directly to the frame to make it stiffer and Harley says the engine is smooth enough to do that without causing undue vibration.

Other new features include the new all-LED Daymaker headlights, a standard keyless ignition system and a USB-charging port.

Now let us take a quick look at all the models, starting with the four motorcycles that will come to India. 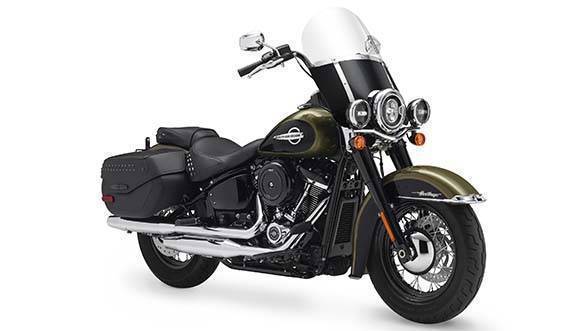 Then 1,870cc Heritage Classic takes inspiration from the original 1949 Panhead. It gets fat, almost balloon-style tyres, but without the white walls. The bags are pre-formed hard designs. The motorcycle loses approximately 15kg for 2018. Expect the price to be ?19.50 lakh ex-showroom. 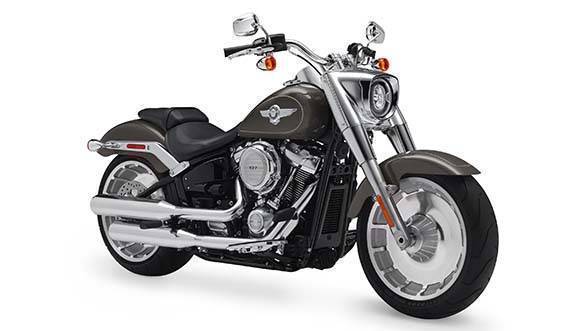 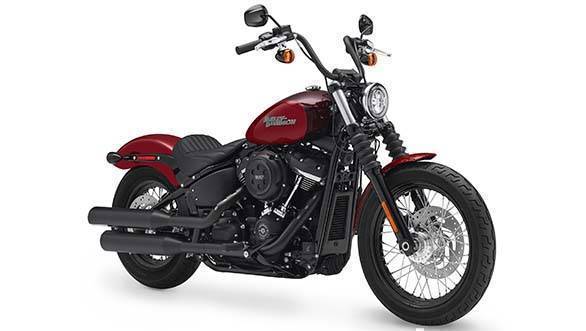 The 1,750cc Street Bob uses a smaller tank than some of the other models and that puts the focus on the Milwaukee 8 engine. The small headlight, tall bars are the 'Bob's signature while black rims mark the blacked out bottom half of the motorcycle. ABS is optional as a specification, but will be standard at launch. This motorcycle is roughly 8kg lighter for 2018. Expect prices to start at ?12 lakh ex-showroom. 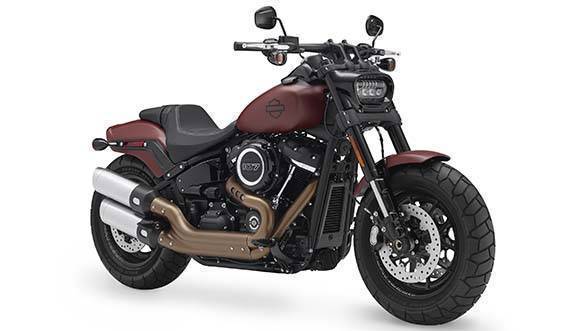 The dramatic 1,870cc Fat Bob becomes even more theatrical for 2018 with a radical new design with the stubby silhouette at the back that will remind you of the old V-Max and other 'muscle' bikes. It has a warm-gold exhaust, skinny bodywork and stunning LED headlight and huge-fat wheels. Love the look! Expected price is Rs  15 lakh