Harley-Davidson made an announcement of introducing a new modular platform that will span 500cc and 1,250cc, a middleweight platform. The company states that there will be three distinct product "spaces" and four displacements that will come from this platform. While there is still some time before we see the production version of these offerings, Harley-Davidson has unveiled the all-new FXDR 114, that is a part of the company's Softail range.  "The Harley-Davidson FXDR 114 surrounds the very capable Softail chassis with Milwaukee-Eight 114 power, premium front and rear suspension and a host of new weight-saving components and materials. This is a power cruiser that delivers exceptional ride and handling characteristics." mentions  David Latz, lead product manager at Harley-Davidson. The FXDR 114 is the tenth Harley-Davidson model based on the Softail platform introduced in 2018. It is also a part of of 100 high-impact motorcycles the company plans to introduce by 2027. 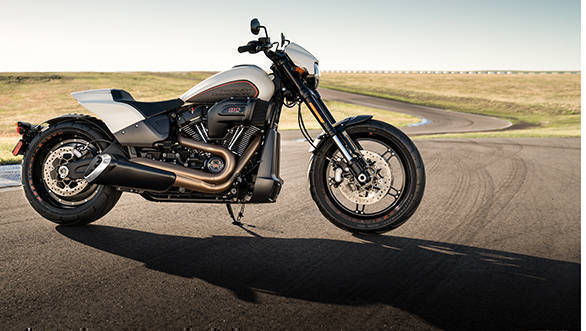 The drag-bike influence is strong with the raked and inverted front end, massive intake and exhaust, proportional contrast between the wheels

Harley states that the use of an aluminum swingarm has helped a weight reduction of 4.62kg over a steel Softail swingarm accommodating a 240 mm rear tire. Because of the unsprung weight (weight located below the suspension) it has a significant impact on rear suspension performance, enhanced further by a lightweight 18-inch-diameter aluminum disc rear wheel. The 19-inch forged aluminum Ace front wheel, as claimed by the company is a light-weight design that features very thin spokes. The FXDR 114 seat and tail section are supported by a sub-frame of welded aluminum tubing, and the tail section is composite. This replaces a steel subframe, steel rear fender and aluminum fender supports used on other Softail models, for a weight savings of about seven pounds. Front and rear fenders are lightweight composite material. 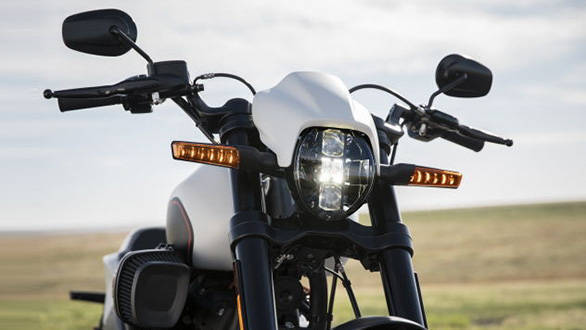 The drag-bike influence is strong with the raked and inverted front end, massive intake and exhaust, proportional contrast between the wheels, and the clipped tail section. Technical elements like the aluminum swingarm, fully integrated digital instrumentation within the rider controls, and exposed external suspension adjuster are highlighted in the best way possible. The Harley-Davidson FXDR 114 gets a race-inspired chin fairing conceals much of the oil cooler. The tail section is clipped short in drag bike/stunter style to expose the 240mm rear tire. Vivid Black, Black Denim, Industrial Gray Denim, Wicked Red Denim, Bonneville Salt Denim, and Rawhide Denim are the colour options in which the Harley-Davidson FXDR 114 will be available in. 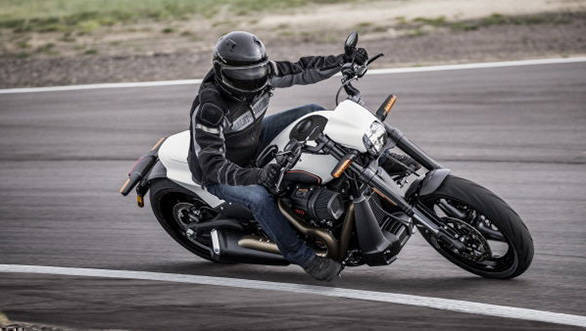 The Harley-Davidson FXDR 114 is equipped with the most-powerful engine offered in the Softail chassis,

The Harley-Davidson FXDR 114 is equipped with the most-powerful engine offered in the Softail chassis, a Milwaukee-Eight 114 V-Twin that produces of up to 162Nm of torque at 3500 rpm. The company mentions that the shape of the forward-facing air intake is inspired by the World Champion Screamin' Eagle/Vance & Hines drag bikes that claims to direct the airflow into the engine. It also get a new 2-into-1 exhaust that is shaped to maximize lean angle. The Milwaukee-Eight 114 gets an advanced four-valve cylinder head design, dual knock sensors, and precision oil cooling permit for a stronged torque output. Additionally, the Harley-Davidson FXDR 114 can also be equipped with an optional Screamin' Eagle Titanium Performance slip-on muffler that weighs 50 percent less than the stock muffler. Harley also claims that the installation of the muffler achieves a Screamin' Eagle Stage I performance upgrade when combined with a Screamin' Eagle Air Cleaner Kit and the Screamin' Eagle Pro Street Tuner. 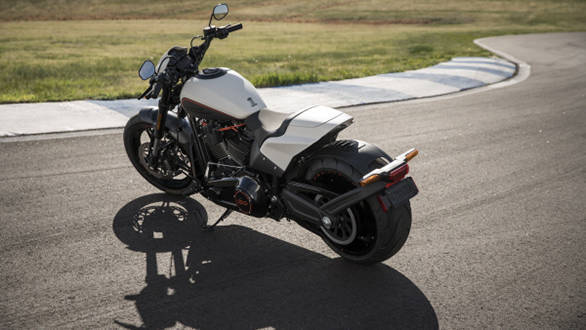 The Harley-Davidson FXDR 114 is equipped with the most-powerful engine offered in the Softail chassis, a Milwaukee-Eight 114 V-Twin that produces of up to 162Nm of torque at 3500 rpm 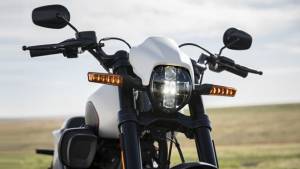