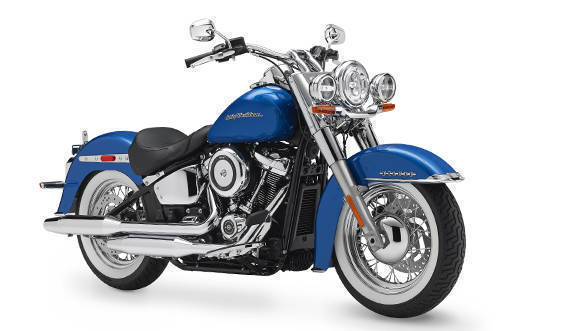 The Deluxe is an old-school cruiser motorcycle in terms of its design. It uses a large round headlamp with auxiliary lights along with wire-spoked wheels that are shod with white-walled tyres. In effect, the Deluxe is closer in appearance to the last generation Heritage Softail Classic. The Deluxe is aimed at someone wanting a cruiser motorcycle that isn't as modern looking as the new generation Softails that were launched last year, and wants a more retro-looking motorcycle. The Deluxe is on par with the Fat Boy and Heritage Classic in terms of specifications and features and is thoroughly modern under its skin. It comes equipped with the Showa Dual Bending Valve (SDBV) forks upfront that have been received warmly for the improvements they brings in terms of handling as also the ride comfort. 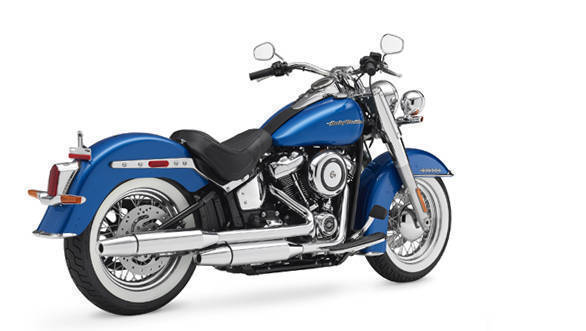 The Harley-Davidson Deluxe is powered by the same, Milwaukee 107 engine as the Fat Bob, Fat Boy and Heritage Classic

At the rear the Deluxe, just like the rest of the new generation Softails, benefits from the use of a single under-seat coil-over shock absorber that replaces the dual shocks used on older Softails. Keyless ignition and ABS will be available as standard. We have ridden the new generation Fat Bob and Fat Boy in India and we expect the Deluxe to boast similar comfort levels while offering the old-world charm of a traditional looking cruiser. The Deluxe will slot in between the Fat Bob and Fat Boy in the Softail family and we expect it to be priced around Rs 16 lakh ex-showroom when launched on February 28. Stay tuned to know more. 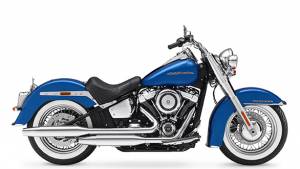