What started out as a close battle for the title between the two Mercedes drivers, soon turned into a clear-cut win for Hamilton. Rosberg, who'd started out at pole position was soon overtaken by his team-mate, who he tailed until lap 23 during which he reported a loss of engine power. 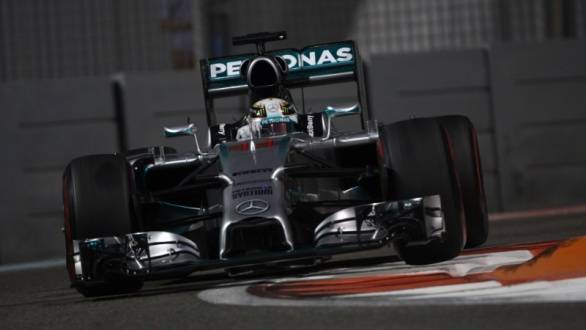 Williams driver, Felipe Massa, capitalised on the opportunity and closed in to take second position. Then, while Hamilton, who was till then leading the race, backed off to ensure his car did not suffer from the same problem as his team-mate's, Massa pressed further to take the lead. But when the Williams driver stopped to switch to supersoft tyres, Hamilton made good time and took over the lead again, which he maintained right till the finish. The other Mercedes driver, meanwhile, continued to drop further down the rankings and finished at 14th position.

Massa, then finished second, with a gap of 2.5 seconds and his team-mate, Valtteri Bottas sealed a double podium finish for Williams, their first of the season. More notable driving was observed from Redbull Racing's Daniel Ricciardo, who despite starting from pit lane, gathered momentum mid-race and came in fourth. McLaren's Jenson Button finished fifth.

Hamilton's second F1 title got him a congratulatory message from Prince Harry over the team radio while Rosberg, who despite engine trouble was applauded by Mercedes' Paddy Lowe for driving "like a champion."