Triumph Motorcycles has just announced that it will be attempting to break the motorcycle land speed record at Bonneville this year. The motorcycle will be ridden by none other than Guy Martin, the popular Isle of Man TT racer. Martin had taken a year off from the races at the Isle of Man and among the things that he wanted to do during this year off was the land speed record.

"I can't wait to take the Triumph Infor Rocket Streamliner onto the salt at Bonneville for the first time this summer. The Triumph engineers have built an amazing machine, giving us the very best chance to beat the two-wheeled land speed record," said Martin. 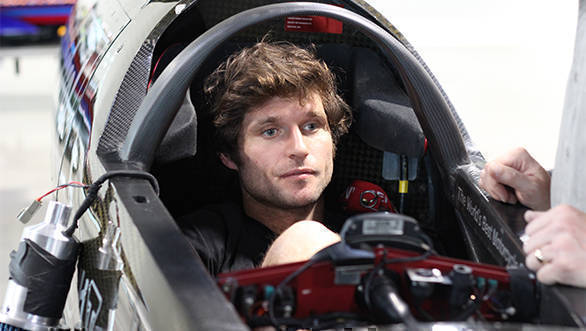 Martin will be riding the Triumph Infor Rocket Steamliner in the Division C category which is meant for streamlined motorcycles. The Rocket Streamliner is a custom-built motorcycle that is 25.5-feet long and two-feet wide. It is built on a carbon Kevlar monocoque and powered by two turbocharged Rocket III engines that use methanol as fuel. The combined power output for the motorcycle is 1,000PS at 9,000rpm. 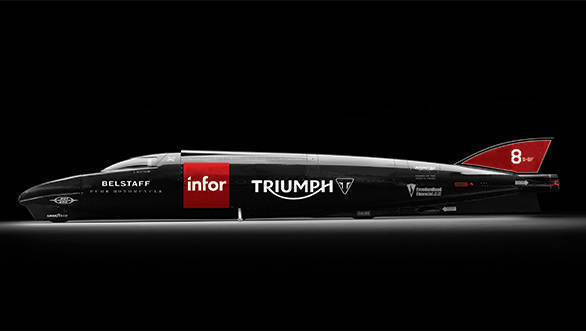 The current record was set by Rocky Robinson in 2010 aboard the Top-Oil-Ack Attack Streamliner and stands at 605.697kmph. The last Triumph to hold the record was Gyronaut X-1 piloted by Robert Leppan in 1966 that hit a top speed of 395.36kmph. 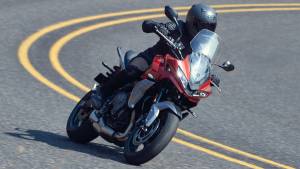