GST for cars in India likely to be 28 per cent

Finance minister Arun Jaitley today announced that cars will be charged at 28 per cent GST. The earlier perception was that this will be at 18 per cent, something which stalwarts from the auto industry have been pushing the government for. Luxury cars, something which the government is yet to define, though will be charged at more than 28 per cent GST. More details on this will be available on November 4, 2016. A council of India's union and state governments are said to have approved these slabs. 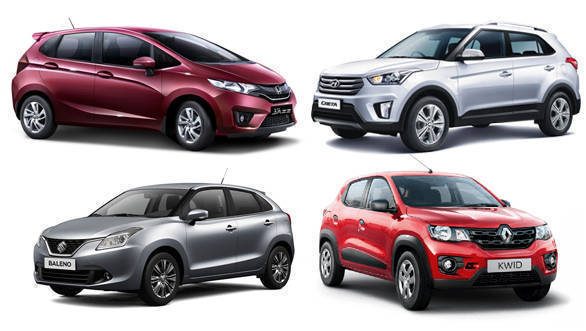 GST which stands for Goods and Services Tax basically unifies all the taxes under a single umbrella. This means local taxes cannot be levied on goods, which is currently the norm.

While the entire auto industry was optimistic about a lower figure with respect to the taxes, looks like cars as well as motorcycles in the future are expected to be even more costly. If the GST was lower, for example, around 18 per cent, manufacturers basically can pass on that benefits to customers thereby reducing the price of cars and making them more viable to manufacture and market.

As of now, small cars or to be precise, those below 4m in length and with petrol engine capacity under 1.2l and diesel, 1.5l, qualify for 28 per cent duty taxes. Those falling above this bracket or let's say mid-size sedans and SUVs are charged at 39 per cent.

CBU vehicles at the moment don't stand a chance of getting any tax benefits as the government is keen on promoting 'Make in India'. Cars made here are likely to attract lower taxes. Those falling under the 'hybrid' category stand to gain from the FAME incentives as well, more so if they are made here.

A formal announcement on the proposed rates is likely to be made tomorrow, post which the parliament's winter session will decide whether or not to pass the GST rates.