The eagerly anticipated GST has come into existence. It has already started showing its effects in both positive and negative ways across the different automobile. There are certain segments wherein the GST has given a breather by bringing down prices whereas there are other segment where the prices have shot up. 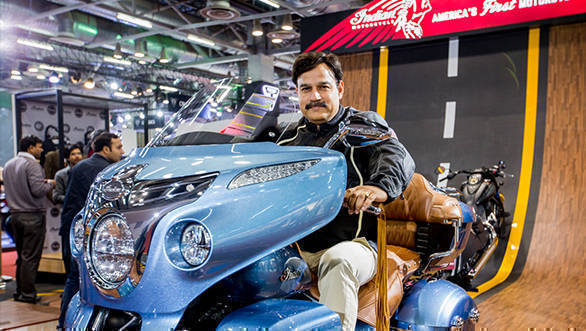 In case of the two-wheelers, the collective tax that was levied included 12.5 per cent excise duty, 12.5 per cent VAT, 2 per cent CST (Central Sales Tax) and 1 per cent NCCD (National Calamity Contingent Duty). This made a total of approximately 30.2 per cent. The GST structure will be replacing the central excise duty and service taxes that are collected by the central government. Accordingly, the duty of 30.2 per cent has been reduced to 28 per cent for two-wheelers with a displacement less than 350cc. To know how the GST affects the prices of automobiles in India, click here.

"GST is a major reform and a good initiative taken by the government as it will bring the Indian Economy under a uniformed tax structure and have a long-standing benefit on the economy. We look forward to the implementation of the bill. It will have a positive impact, would simplify business operations and bring transparency to the taxation system. This move will attract both national and international businesses to invest more in India. In the long-term, GST alone should increase the luxury two-wheeler market demand by 5 per cent", said Pankaj Dubey, MD and head, Polaris India Pvt. Ltd