Tata Motors has increased the prices of its SUVs the Hexa and the Safari Storme in accordance with the raised tax on SUVs announced by the Goods and Services Tax (GST) Council. Following the GST Council announcement on increasing cess depending on class of vehicle, SUVs now attract a total tax incidence 50 per cent. With this in mind. Tata Motors has raised the prices of the Tata Hexa in the range of Rs 77,000 to Rs 96,000, and on the Tata Safari Storme in the range of Rs 67,000 to Rs 86,000. This announcement comes just days before the festive season, when there is a rush to purchase new cars and motorcycles in India. Other manufacturers including Hyundai, Toyota, and FCA which sells the Jeep Compass in India have also announced their increased car prices recently. 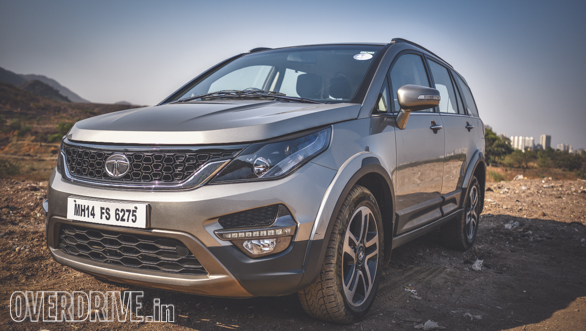 The Tata Hexa which costs Rs 10.64 lakh for the base XE MT was being offered on a Rs 1.04 lakh discount and its top-end XT MT 4x4 variant priced at Rs 16.24 lakh (both prices ex-showroom, Delhi) had a Rs 2.17 lakh discount. This discount was being offered when GST was initially implemented July this year, and manufacturers were passing the benefit of lower tax onto customers. However, with the cess on SUVs being increased by 7 per cent on SUVs, Tata has raised the prices of its two large offerings. The cess was initially to be increased to 25%, but the council limited this to 22 per cent.