GST cess update: SUV prices to go up by 7 per cent in India

The GST council has recently announced an update on the cess charged for vehicles sold in India. According to the new update, a hike of 7 per cent has been added to the SUVs in addition to the 15 per cent that was charged earlier. In total, the final tax that will be charged on SUVs in India consists of 22 per cent (15 per cent + 7 percent) and 28 per cent GST. This makes it a total of 50 per cent. With all these updates, the prices of all the cars will reach to that it was in the pre-GST period. Here is a list of all SUVs in India that have been affected by the new GST cess update 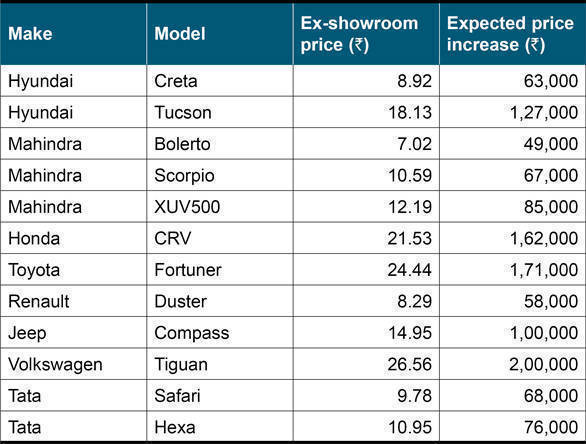 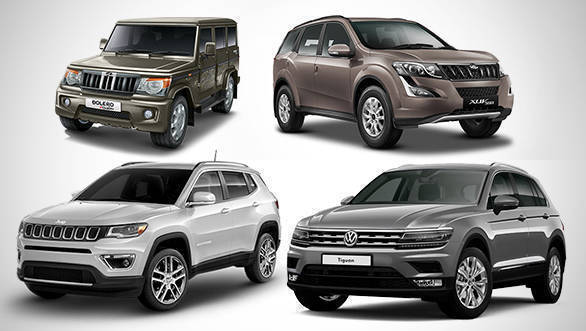 "The decision to increase the cess yet again is very unfortunate and totally overlooks the contribution we make to the industry and to the economy. Though luxury car industry's volume contribution is very low, our value wise contribution is much higher and that has immense potential to grow even more in the future, had there been fair taxation. However, by continuous taxation of the segment, the overall revenue generation is going to be hurt, as the increase in price is going to hurt demand. It seems the contribution of luxury car industry to the total PV market in India will remain constricted, though in the other developed economies, it is on a higher side and continues to rise gradually. With this increase in Cess now, the prices are bound to leap back to the pre-GST regime, in some cases higher than the pre-GST regime, thus negating altogether the benefits of GST regime." said Roland Folger, managing director and CEO, Mercedes?Benz India

GST cess update: Mid-size sedan prices to get more premium by 5 per cent in India

GST cess update: Luxury cars prices to go up by 5 per cent in India 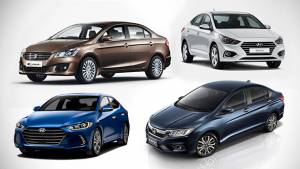