Even with boosting the EV (electric vehicle) sales and offering incentives, the government plans to cut down oil imports. However, it has no plans to ban petrol and diesel vehicles, Dharmendra Pradhan, Oil Minister, said on Tuesday.

"EV is a priority but the incremental requirement of fuel will have to be met through a combination of BSVI grade petrol and diesel, CNG and biofuels alongside EV," he told reporters on sidelines. 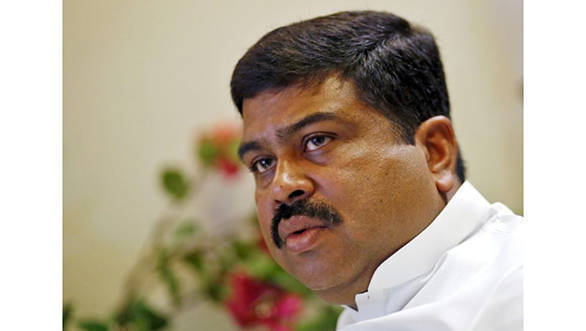 Amitabh Kant, Chief Executive Officer, Niti Aayog suggested that two-wheeler up to the engine capacity of 150cc should be replaced by EVs from 2025. Niti Aayog has proposed that only EVs will be sold in India after 2030.

"Is there any government paper that mentions that petrol and diesel vehicles will be banned from a particular date?" Pradhan asked. "India cannot afford to do that. "We will need CNG, PNG (piped natural gas), biofuels and biogas," he said. The transport is the most demanding sector for oil and such a wide automobile base will new combination of fuels, he added.

While the country will switch to the cleaner BS-VI fuel from April 1, 2020, Delhi becomes the first city to get BSVI fuel. Environment minister Prakash Javadekar informed Rajya Sabha that the BSVI grade petrol and diesel has been introduced in the Delhi.

The emissions from the BS-VI compliant engines and fuel will have five times lesser Sulphur. Emission of Nitrogen oxide will be reduced by 70 per cent in diesel and 25 per cent in petrol engines.