The Toyota Group of Companies, which includes Toyota Kirloskar Motor and Toyota Kirloskar Auto Parts, stated today that they have signed an MOU with the Government of Karnataka to invest Rs 4,100 crores. 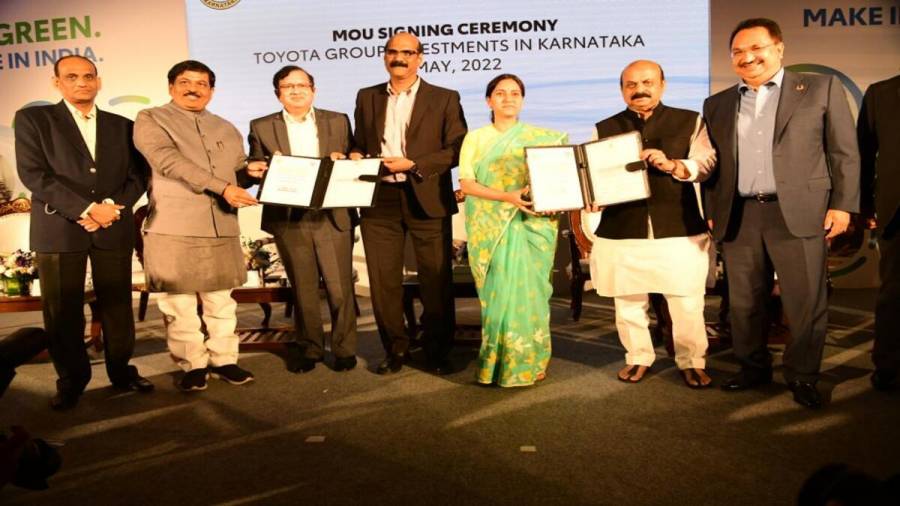 The Toyota Group of Companies will invest methodically to make India a self-sufficient manufacturing centre as part of the MoU, contributing to the government's Make in India and Atma Nirbhar Bharat missions.

Toyota invested 40,000 man-hours per year in upscaling skill levels at suppliers through the system, management, training, and hardware development. A total of 8,500 man-hours are invested annually in the development of suppliers' employees.

Speaking on the auspicious occasion, Chief Minister of Karnataka, Basavaraj Bommai said, "Our aim is to build 'New Karnataka for New India' by creating new 21st century industrial townships and corridors. As a state committed to sustainable development and contributing to the nation's progress, we want to make Karnataka a global supply-chain and manufacturing hub under our 'Build for the World' mission. This MoU with Toyota Group of Companies is a huge stride in this regard, and Karnataka Government is confident of Toyota's commitment towards sustainable growth and local manufacturing quality for Karnataka's growth and development. Karnataka being the hub of electric vehicles, welcomes this MoU which adds another feather to State's cap as leader in this sector".