During the 2016 'Road Safety Week' drive in Delhi, Union Home minister Rajnath Singh announced that airbags will be made compulsory for every car sold in India. Singh expressed his concern over the estimated five lakh road accidents that take place in the country every year, in which five lakh people are injured and about one lakh forty thousand lose their lives. He also pressed on the need to have proper training procedures for everyone before they are issued a driving license.

Union minister of road transport Nitin Gadkari, and minister of Science and Technology Dr. Harsh Vardhan were present at the event as well. Nitin Gadkari announced that an amount of Rs 11,000 crore  and instructions to launch a website designed specifically to help in identifying different accident prone areas in the country termed 'black spots' have been issued to the Ministry of Road Transport and Highways(M0RTH). 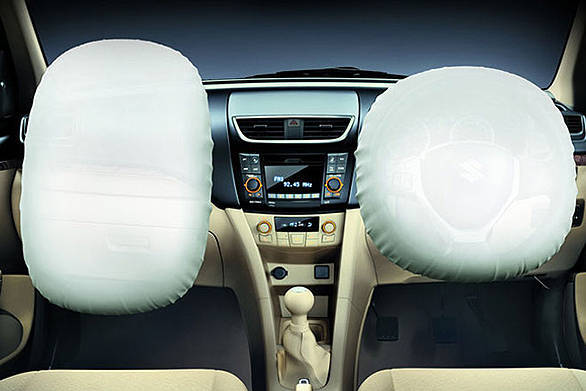 Gadkari further added that training schools with computerized driving tests will be setup to ensure corruption free issuing of driving licenses. He also announced plans to propose a Road Transport and Safety Bill in parliament shortly. According to him, people of the country should take a resolve to lower the rate of accidents and to get the fatality rate down by 50 per cent in the next five years.

Issues of road and health safety are interlinked and there is a need to instill the concept of road safety among children from an early age, said Dr. Harsh Vardhan.

Organised by the ministry in association with Delhi Police and Society for Indian Automobile Manufacturers (SIAM), a road safety 'walkathon' was flagged off by the ministers from India Gate as well.