British automotive design outfit Gordon Murray Automotive has revealed the first pictures of its T.50 supercar. This will be the firm's first production supercar and comes with an aerodynamic set-up unlike anything ever seen before on a road-going car. The highlight here is a rear-mounted fan that sits within the car's rear section, between the aerofoils and the high-mounted exhausts.

The 400mm diameter fan's direct function is to accelerate the air that passes under the car and pass it through ducts in the rear diffuser. This has allowed the designers to create a more cohesive design for the car's upper surface, without any vents or ducts. This allows air to pass cleanly over the car, where it helps cool the engine oil. There are a pair of active aerofoils that help increase or lower drag as per requirements. The air inlet for the fan is just under the mid-mounted engine, and has vertical inlets to prevent road debris from entering. The firm claims many benefits of this system which include better engine cooling, enhanced downforce and more efficiency. Uniquely, this fan, combined with the underbody ducts and the active aerofoils let the T.50 have six aero modes. 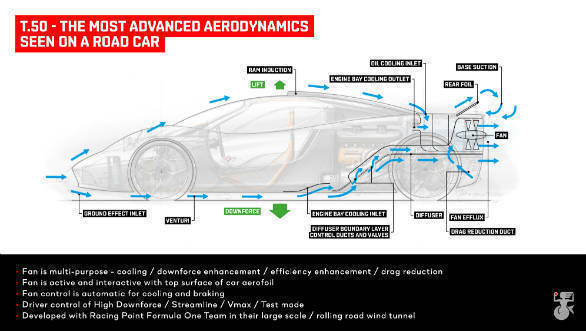 The default mode is Auto, which optimises the fan, ducts and aerofoils as per speed and driver input. Then under heavy deceleration, Braking mode is activated. This pops up the rear aerofoil and the fan functions at its highest speed. This improves stability and grip but pushing the car into the road, given that downforce levels are at twice the level they would otherwise be at. This mode is claimed to cut 10m of braking distance from around 240kmph. The four other modes are driver-selectable. There is High Downforce mode that works with the fan and aerofoils to improve downforce by 30 per cent. Then there is  Streamline mode, this closes the underbody ducts and sets the fan to high speed, allowing drag to drop by 10 per cent, boosting straight-line speed, improving efficiency and reducing downforce. A derivative of this is Vmax mode, which works in the same way as the Streamline function but adds a 30PS boost of power from the T.50's 48V integrated starter generator for up to three minutes. Finally, there is a Test mode, which is used to display the T.50's aero components at standstill.

These intricate aerodynamic functions will be honed further, Gordon Murray Automotive has tied up with the Racing Point Formula 1 team and will physical test the T.50 in the Racing Point rolling-road wind tunnel from early next year. 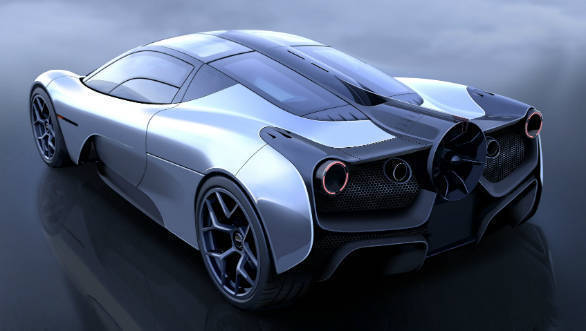 The T.50's full styling has not been shown yet but we know that the supercar will be based on a full carbon-fibre monocoque construction on which sits a full carbon body. Like Gordan Murray's other creation, the McLaren F1, this will also have a central driving position with two seats behind and on either side of the driver. The T.50 is 4,349mm long, 1,850mm wide, 1,152mm tall and has a 2,700mm wheelbase. The T.50 mechanicals further highlight its heavy F1 influence. It uses a 4.0-litre V12 from Cosworth that makes 659PS and 450Nm, and can rev to 12,100rpm. As mentioned earlier, this is paired with a 48-volt mild hybrid system. The motor is paired with a 6-speed manual gearbox.

The full unveiling of the T.50 is set to take place in May 2020. Customer deliveries will begin in January 2022. The supercar is priced at GBP 2 million before taxes and duties and is limited to 100 vehicles.

Gordon Murray is a celebrated British engineer who has seen great success in Formula 1. His first successful stint came with Brabham, where he helped the team win two world championships in 1981 and 1983. He developed the Brabham BT46B F1 racing car in 1978 which came with a primitive version of the fan-based aero seen in the T.50. He then moved to McLaren where he helped the outfit win in 1988, 1989 and 1990, and score 50 GP wins. He left racing duties in 1990 to help start the McLaren roadcar divison. He designed the McLaren F1, then the fastest car in the world, and also the Mercedes-Benz SLR McLaren. He set up his own design firm, Gordon Murray design in 2007. 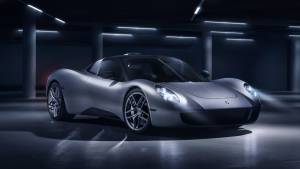 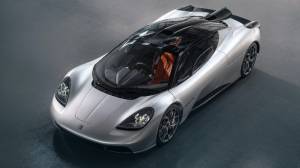 All you need to know: Gordon Murray... 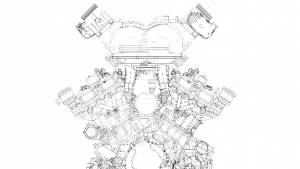 All you need to know: World's lightest,...
Advertisement