Google Maps has added a new feature to its iOS app which lets users change the standard arrowhead seen during navigation into a vehicle icon. Three options are available: a red sedan, a green pickup truck, and a yellow minivan.

The feature was announced in a tweet by a user experience engineer with the Google Maps team. Users can activate this feature by tapping on the blue navigation arrowhead and then choosing from the options available. This becomes the default icon until the user changes it again and functions exactly like how the arrow would. 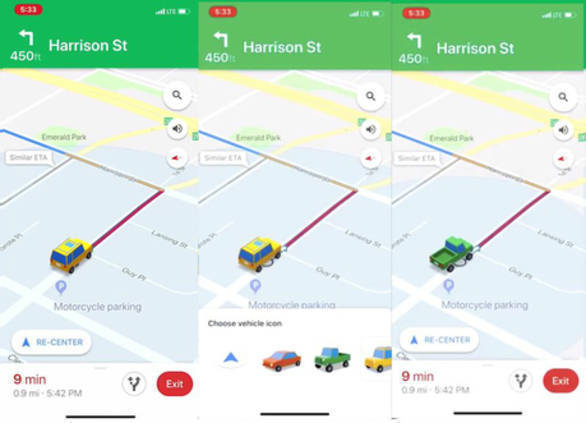 While Android and desktop users do not get this feature, this addition is quite similar to the Mario Day easter egg Google Maps launched some time ago.

Google Maps has become increasingly ingrained in the routine of many road users of late and has launched features like a two-wheeler specific mode. This feature is a good novelty addition to what is a very functional application to begin with and should help make the daily commute a bit more interesting.