Goodbye Cyrus Gandhy - Burn the rubber on your way to heaven

On the evening of 20th January 2022, the motoring community in India lost Cyrus Gandhy, a true gentleman and diehard auto enthusiast, as well as a former rallyist and vintage/classic car restorer. 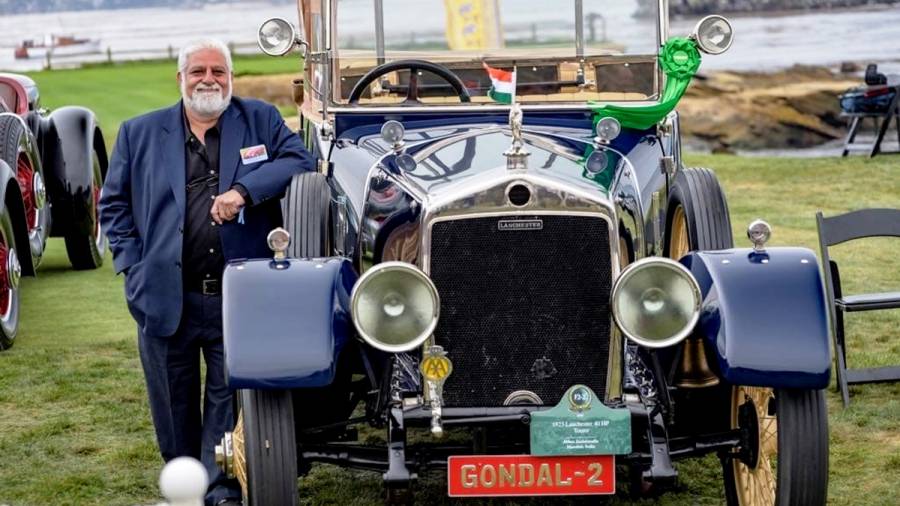 The always smiling Cyrus Gandhy at Pebble Beach in 2018

I had the good fortune of meeting Cyrus sometime in the early 1980s, at the famous Mid-Town Motors, Mumbai and we hit it off immediately. Over the years we not only modified several cars together, but we also became great friends. There were also the fun MASA (Maharashtra Automotive Sports Association) rallies in which Cyrus always participated in the Group II category, in an extensively modified white Premier Padmini with fender flares, spoilers and alloy wheels. 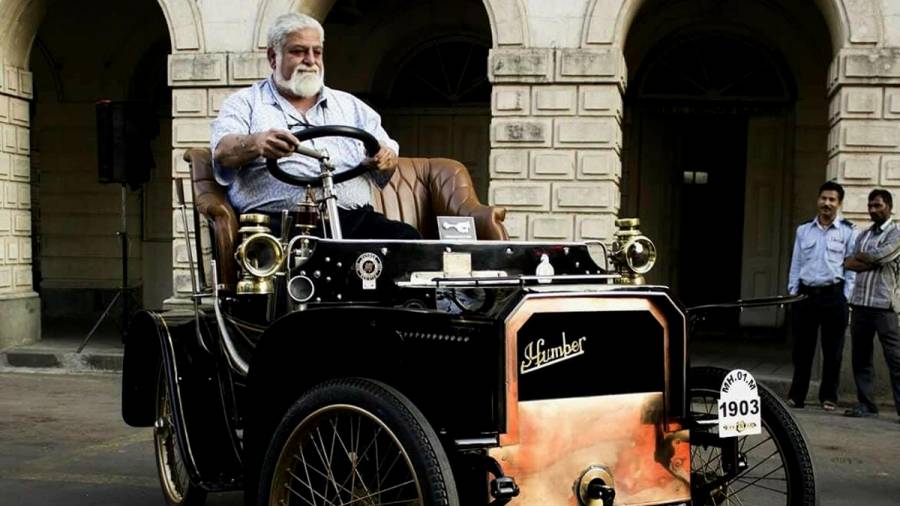 His Premier looked good and also had a very pleasing exhaust note, something Cyrus took pride in. But if I am not mistaken, Cyrus had quite a few DNFs due to the cars' reliability issues. Despite this, it did not deter Cyrus in any way. He never quit and would enthusiastically line up for the starters flag at the very next event. This displayed his positive attitude, which was apparent in everything else he did too. 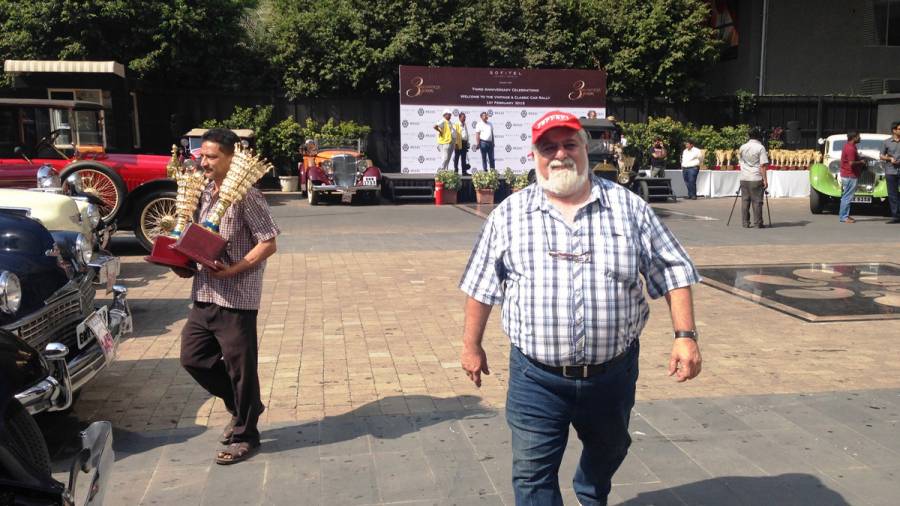 Cyrus had a larger than life presence

Cyrus also meticulously restored and maintained Abbas Jasdanwala's (Owner of Mid-Town Motors) exceptional collection of cars, and ended up going to Pebble Beach with a 1921 Lanchester 40HP in 2018 too. His fine work was appreciated on the international stage, with even Jay Leno coming to have a look at the Lanchester done by Cyrus. 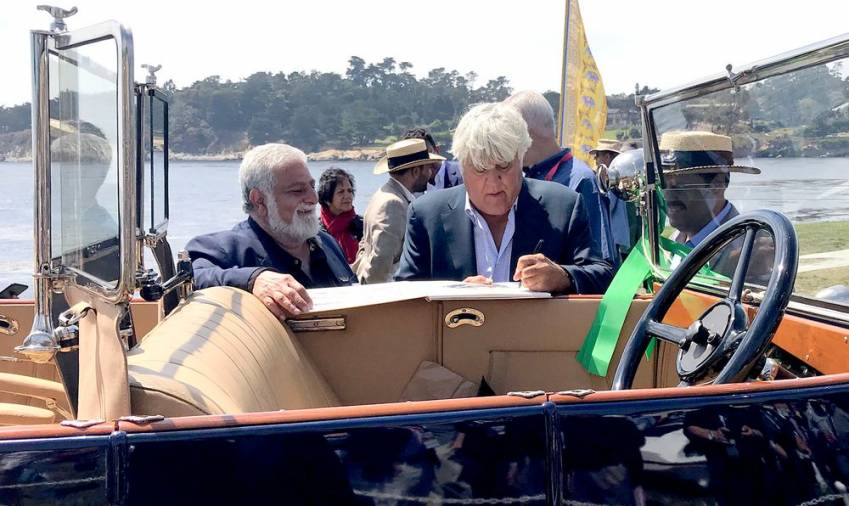 In recent years, Mid-Town under the supervision of Cyrus had also taken to restoring cars for customers and he always did an honest job. Yes, Cyrus was easily one of the straightest and finest guys in the restoration business and with him; you were assured of never being taken for a ride. 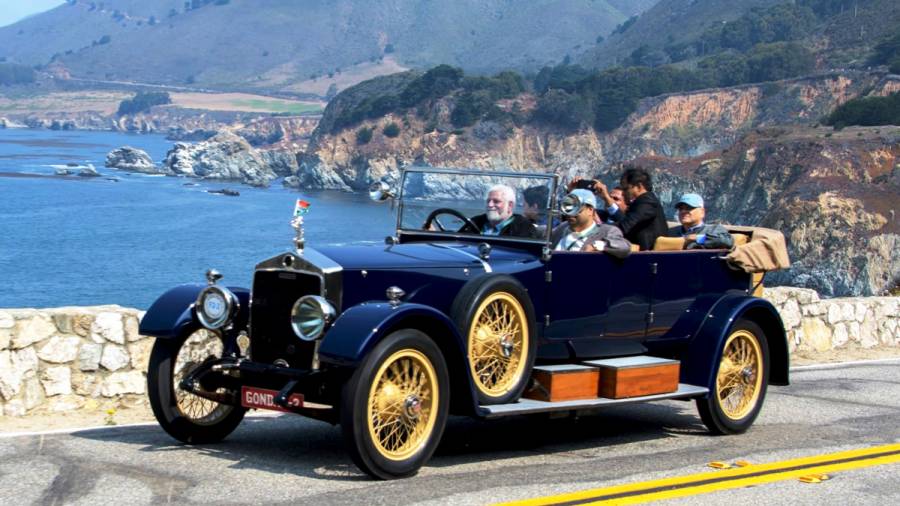 Cyrus doing the Pebble Beach Drive in the 1921 Lanchester 40HP

In fact Cyrus was one of the nicest and most honest persons you could ever meet, and sadly they don't make his model anymore. Yes- if we were to talk in classic car terminology about Cyrus, then his chassis number would read "Wonderful Human Being" and engine number would say "Easily the Best". 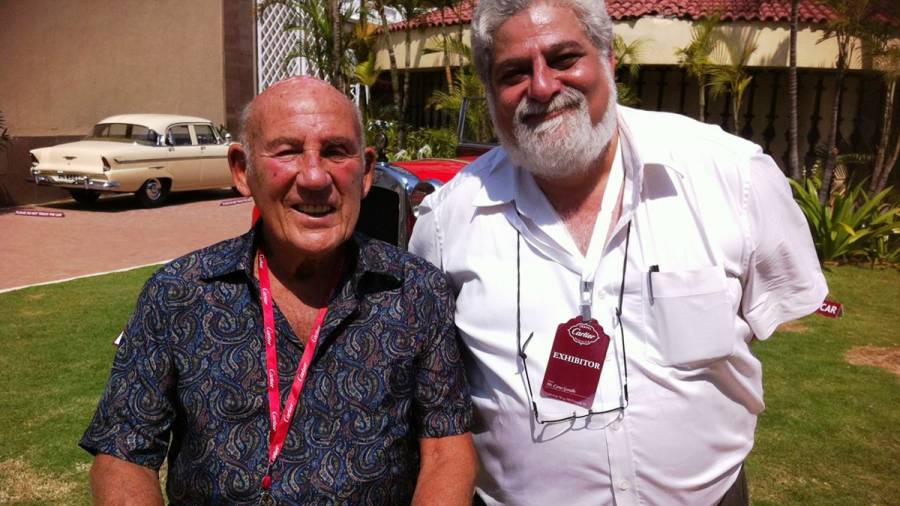 Cyrus with the legendary Sir Stirling Moss, at the 2013 Cartier Concourse event in Mumbai

I was always inspired by Cyrus's lively spirit and genuineness and cherish the lovely times I have had with him- be it discussing the ratio of thinner to be mixed in paint; the drying time between coats; the number of coats; use of  body filler, how to mix paints and match shades, the finishing coat, and what not. 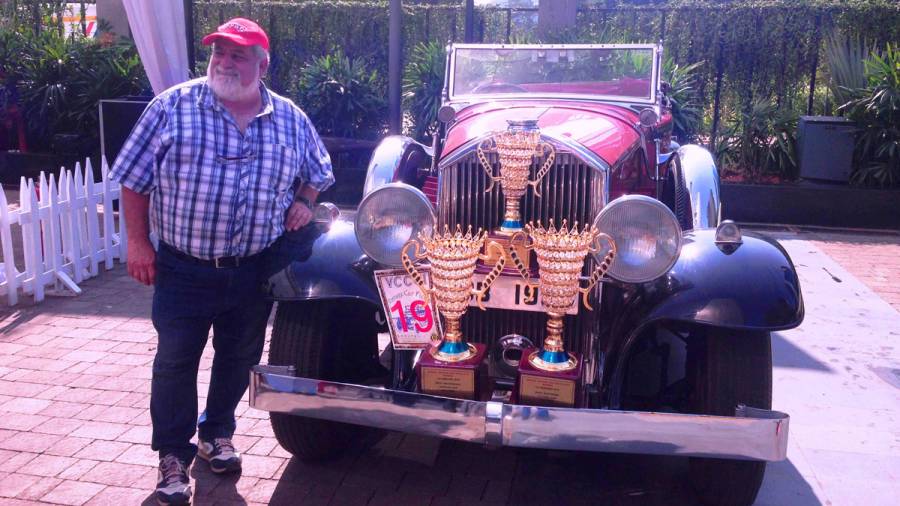 Cyrus alongside the silver won by Jasdanwala's Pierce-Arrow

Cyrus was also a great host and I had the privilege and pleasure of attending some really happening parties on the terrace of his apartment at Bandra. The air would reverberate with Cyrus's hearty laughter that emanated from deep inside his big belly and the food was as good and varied as the conversations. And along with an uninterrupted flow of drinks, one had a selection of magnificent music with the likes of Pink Floyd, Doors, Eagles, Police, Clapton, etc, to keep your motor running. 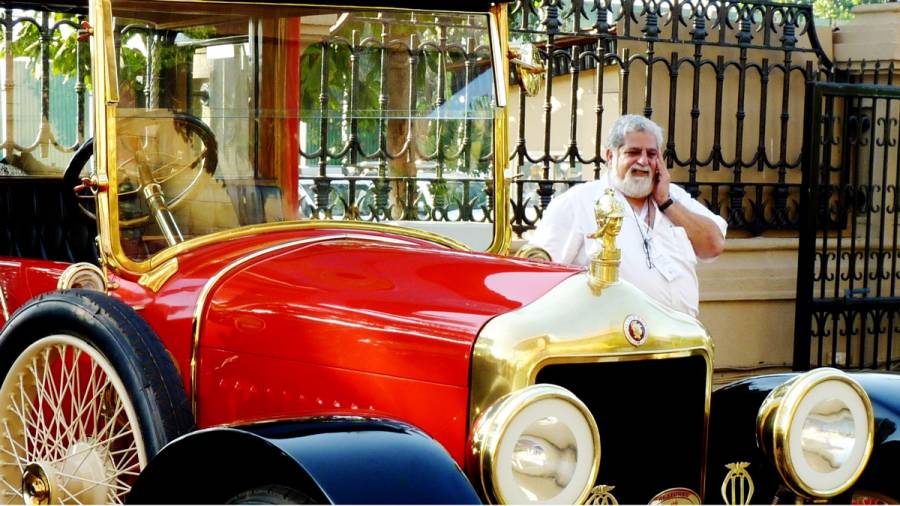 Cyrus- we will miss you

Cyrus my Santa, my man with the big beard and belly, my pal with the best laugh ever, and my buddy who I enjoyed drinking and smoking with, I am going to miss you partner.  Cyrus I am sure you will remember how after a fun evening at the Willingdon Club, when your driver could not turn up to drive us back, you decided to take the wheel and though we both were fully sober, we got stopped by the cops for drinking and driving. The cops insisted on taking you to the police station and I insisted on coming along. At the station we both offered our licenses for registering the offence and the officer in charge turned around and ordered coconut water for us. He said he was very impressed with our friendship and loyalty, and it was in complete contrast with the celebrity couple who had been brought there just before us. The young girl had been driving, but the police were not all that keen to book her as it would mean hassles for her with her parents, etc. Instead they suggested the boy take the blame and say he had been drinking and driving. The boy refused, and we both gave him a mouthful before returning to your car. 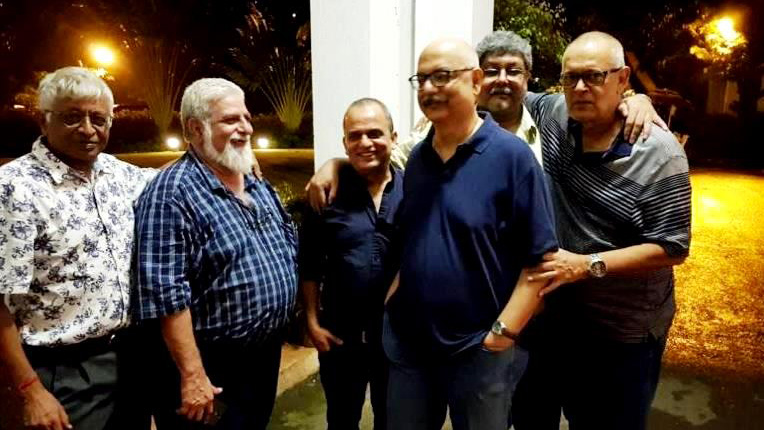 While losing a dear friend like you is something I will never get over Cyrus, what I am happy about is that you went on your own steam. On 20th afternoon, less than a fortnight after your diagnosis, I learnt that you were being discharged from hospital to go home as a terminal cancer patient. I was dreading the visit to see you stuck to a bed, with nursing care and so on. But being the stalwart you are Cyrus, you decided that this suffering and being dependent on others is not for you. Soon after being discharged, you left this world under your own power. Hats off my friend. The heavenly garages will now host a real rock star. Keep rocking my Santa.

"Goodbye to you, my trusted friend,we had joy, we had fun, we had seasons in the sun, but the wine and the song like the seasons have all gone" 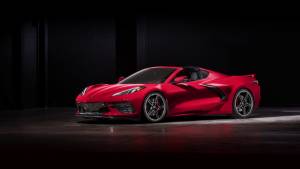 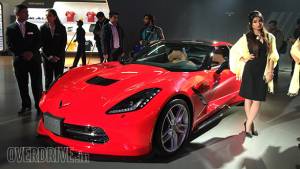