General Motors (GM) has already recalled 2.78 million cars this year, and there seems to be no signs of things slowing down in that department for the troubled automaker. It has once again recalled 1.3 million cars.

Of the 2.78 million recalls, 1.6 million vehicles were recalled in February over a faulty ignition switch which led to 12 deaths and subjected GM to multiple investigations. The other 1.18 million units were recalled in March for a safety issue with their airbags.

The issue is related to failure of power steering assist which can be fatal. Though, this does not lead to a loss in steering ability it makes maneuvering the vehicle harder at low speeds and involves more effort on the part of the driver. GM has said that the fault exists in some models of Chevrolet Malibu, Saturn Ion, Pontiac G6, Chevrolet HHR and Chevrolet Cobalt. The complete list and numbers of the models are given in the table below and some of these models also form part of earlier recalls. 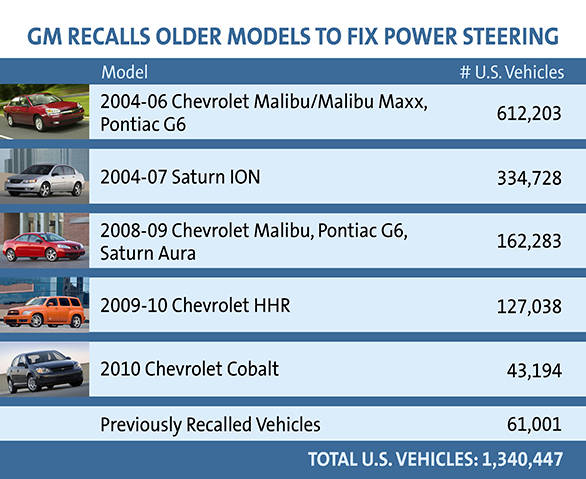 GM will also reimburse its customers who have paid for repairs to these parts earlier. In all, the company expects to take a hit of 750 million dollars. 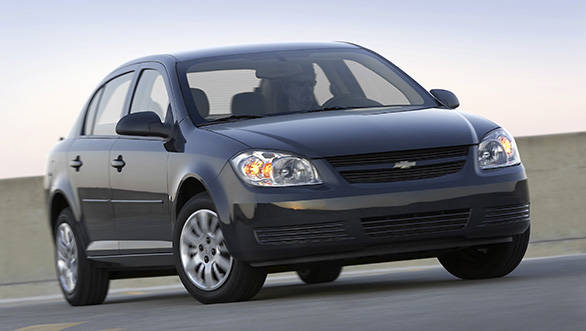 Commenting on this, Jeff Boyer, VP, GM Global Vehicle Safety said, "With these safety recalls and lifetime warranties, we are going after every car that might have this problem, and we are going to make it right. We have recalled some of these vehicles before for the same issue and offered extended warranties on others, but we did not do enough."