General Motors finds itself back in the eye of the storm, post the findings of the Anton Valukas report divulged in a press release on June 5, 2014. The details of the investigation conducted by the former U.S Attorney dwell upon the ignition switch problem that prevented the deployment of airbags in some of GM's vehicles causing a slew of recalls from the American manufacturer.

In a recent media interaction at Detroit, GM CEO Mary Barra revealed that based on the conclusions made from the report, the company is taking definitive actions to avoid incident of such defects in future vehicles. Barra further went on to add that the carmaker will be taking an "aggressive approach on recalls". 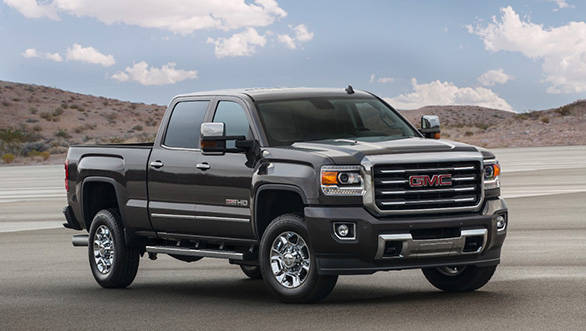 In the same direction, the company has now issued three safety recalls, involving mostly airbag-related problems and a non-compliance recall. 31,520 units of 2012 Buick Verano and Chevrolet Camaro, Cruze and Sonic compact cars have been recalled due to a shorting bar that keeps the car in contact with the airbag terminals, even during a crash, thus preventing the airbag from deploying. Further, 61 units of the 2013-2014 Chevrolet Spark and the 2013 Buick Encores manufactured in Changwon, Korea have been recalled as they are suspected to have a condition that separates the airbag end cap from the inflator.

The sensing and diagnostic modules of 33 units of the 2014 Chevrolet Corvettes in the U.S are suspected to have an internal short-circuit that could disable frontal air bags, safety belt pretensioners and the Automatic Occupancy Sensing module.

Chevy trucks including the 2014 Silverado LD, the 2014 Sierra LD, the 2015 Silverado HD, Tahoe and Suburban and the 2015 GMC Sierra HD are expected to have defective base radios. This prevents the emission of the audible warning signal to indicate key-in-ignition when the car door is opened or to remind the driver to buckle seatbelt. 57,512 units that include the Yukon and Yukon XL models have been recalled, as the defect renders these vehicles non- compliant with motor vehicle safety standards.

The customers will receive letters from GM letting them know when they can bring their vehicles into a dealership, where all repairs will be performed free of charge and courtesy transportation would be provided as needed.

Towards the end of the press release called the 'ignition switch recall update', Barra concluded that while "the problem isn't a fair reflection of the company as a whole", the measures taken are expected to help GM "excel, change behaviours" and return focus on "quality and safety".

Jeep recall the Wrangler sold in India over...