Global NCAP, the global automobile safety guardian, has written to Carlos Ghosn, the chairman and CEO of Renault, to withdraw a Renault Megane III advertisement with immediate effect. The advertisement shown in Uruguay claims that the car has received a five-star rating in the European New Car Assessment Programme (Euro NCAP). As per Global NCAP, the Euro NCAP ratings cannot be used in Latin America where only Latin NCAP ratings apply.

"For the last five years, the Latin NCAP has been carrying out independent safety ratings. In the absence of a crash test by Latin NCAP, there is no certainty that the Megane III sold in Latin America will in fact earn five stars. The advert in Uruguay is, therefore, highly misleading to the car buyers," said Global NCAP in the letter issued to Renault. 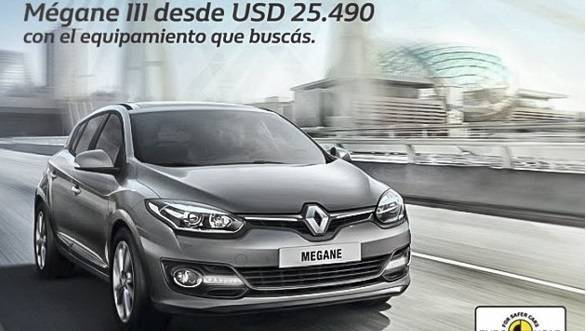 In lieu of the advertisement, Global NCAP has asked Renault to take certain measures to redress this serious misuse of independent consumer safety information. Renault should immediately withdraw the advert from use in Latin America. The carmaker should issue an apology to Euro NCAP for misusing their results and labelling system. Additionally, Renault should offer to test the Latin American specification of the Renault Megane III using Latin NCAP's test protocol so that an accurate rating for the region can be made available.

The letter also said, "Perhaps this is because Renault has yet to achieve a single five-star result for any of its models sold in Latin America. So rather than publishing misleading adverts, would it not be better for Renault to try to achieve its own first genuine five-star rating in Latin NCAP? That would be a clear signal that Renault is truly aiming to have a high level commitment to global road safety."