The German government has announced that the voluntary recall of 630,000 vehicles to fix emission-related irregularities has been initiated. KBA, the country's federal transport authority has stated that the recall will start with refitting 10,500 affected units of the Porsche Macan 4X4.

In April 2016, an inquiry conducted by the German government, in the wake of the Volkswagen emissions scandal, had found that models of a few car brands were emitting pollutants way more than the legally permissible limits. It found that some models do not comply with the existing European emission norms. 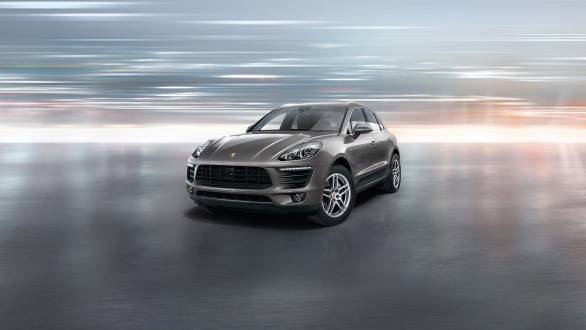 It also found that the diesel versions of the Porsche Macan were equipped with an exhaust treatment deactivation feature which would come into play below a particular temperature. Once this was active, the vehicle was no longer compliant with the European emission norms. At that time, the German government had accepted Porsche's defence that this feature was intended to prevent the motor from getting damaged as it is legally allowed.

However, Volkswagen was the only manufacturer whose vehicles were found to be equipped with an emission-cheating defeat device. This illegal device can detect when the vehicle is being tested for emissions. Upon detecting, it automatically reduces emissions to within the legal limits. Upon detecting that the test is over, the engine goes back to the regular state of tune. This regular mode was later found to emit nitrogen oxide over 40 times than the legally permissible limit. In September 2015, Volkswagen had admitted that some of its models were equipped with the defeat device.

Even Porsche, Daimler and Opel were asked to issue a voluntary recall to fix the issue. KBA has issued an official statement saying that the temperature window is actually necessary to protect the engine. It also stated that all the affected German manufacturers have committed themselves in writing.

Additionally, the German transport ministry has ordered that around 2.4 million Volkswagen vehicles must be refitted in order to fix emission-related irregularities. The recall was delayed as Volkswagen and KBA were discussing and finalising the details pertaining to retrofitting of each model.