Ducati unveiled the new iteration of the Diavel at the Volkswagen preview evening before the Geneva Motor Show. The Diavel, which has been in the market for a few years now has been credited with opening a completely new segment of motorcycles in the international leisure motorcycle market. The new motorcycle features a version of the same engine that powers the new Monster 1200S (read our first ride story here), adds updated electronic rider aids, new all-LED lightning (thank you Audi) and all that causes the price to rise by a small amount as well.

First, the engine. Ducati uses that 1198cc Testastretta 11 engine engine of theirs in many configurations, from 135PS all the way to 200PS. Having recently been drafted in to power the new Monster 1200S which our Halley rode in Tenerife, the engine, running much higher compression now at 12.5:1  now takes over propulsion duties on the new Diavel. On this motorcycle, it makes 162PS at 9250rpm and peak torque, produced at 8,000rpm is 130Nm. Ducati says a pretty dramatic change in the cam timing allows a lot more low-end torque though the peak torque is only marginally higher. This should make the Diavel as easy to ride as before and even quicker though the actual power output isn't actually higher. 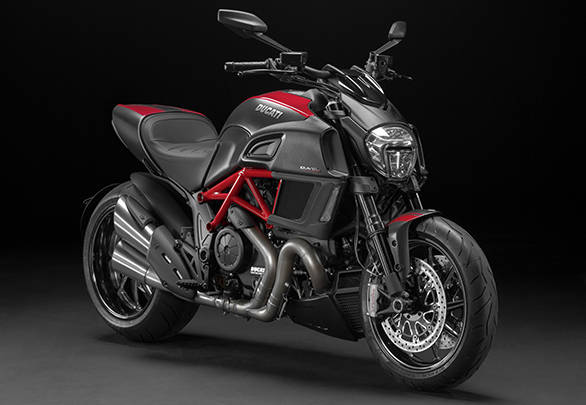 The Diavel, which has been in the market for a few years now has been credited with opening a completely new segment of motorcycles in the international leisure motorcycle market

As usual, the engine is complemented by a slipper clutch, a by-wire throttle and traction control. Ducati also points out that the engine is actually smoother than before and that valve clearance check intervals have gone up from 15,000 miles (24,000km) to 18,000 miles (29,000km approximately).

The Diavel, like all of their new motorcycles, offers three riding modes - Sport, Touring and Urban - featuring different levels of throttle response along with eight selectable levels of traction control. The Urban mode is typically restricted to around 100PS to keep things manageable about town. 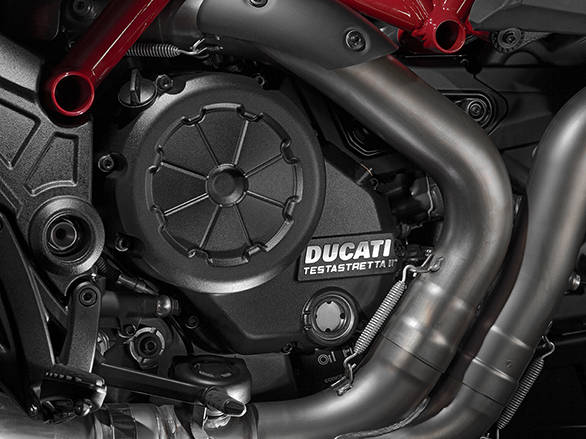 The Diavel gets styling updates throughout but Audi's influence and technology is most obviously at work in the new all-LED light setup. One must note here that the new LED headlamp is strongly similar to the new Bajaj CS400 Concept from the 2014 Auto Expo. You also get new instrument surround design. The top half of the split design is mounted on the bar riser and the LCD shows you speed, rpm etc. On the tank is the lower half which is a TFT display that shows fuel status, the sidestand warning, gear selection and riding mode etc. Then there are the new radiator covers, a reworked seat and new handlebar risers. The seat height is the same as before but Ducati say the motorcycle should be more comfortable to ride thanks to the updates. 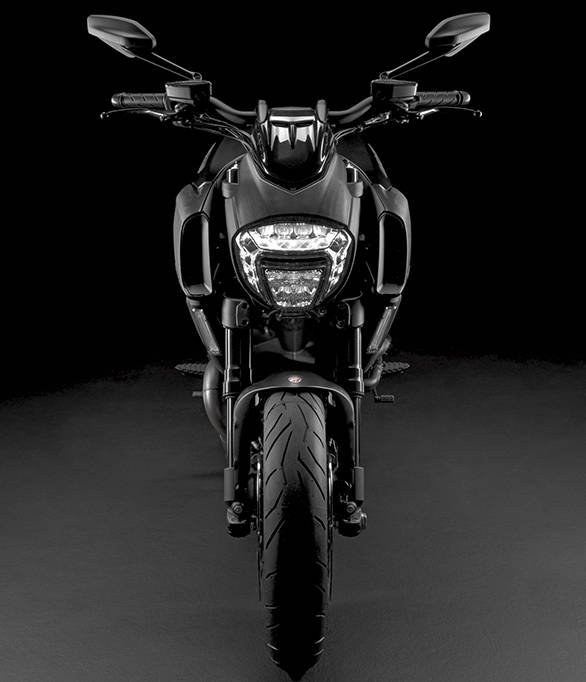 As usual, the Diavel will come in the standard version (which rises in price  by roughly US$300 or Rs 18,500 approximately) while the Carbon will, as usual, has lots of carbon fibre bits to cut the weight by roughly 5.5kg. 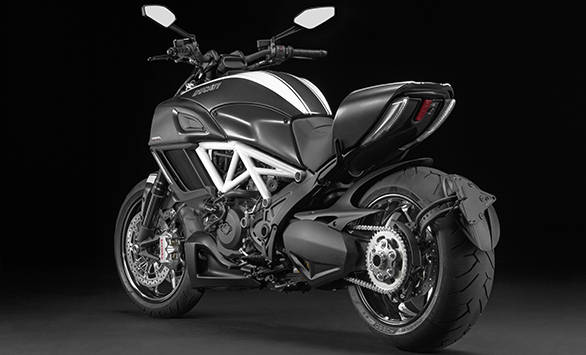 Ducati does sell the Diavel in India and we expect the model update to go on sale here as well. However, Ducati is currently in the process of setting up its own Indian subsidiary and this could mean delays while the Italian company works towards finding its feet in India and restarting what has proved to be a trying adventure in India so far.