General Motors likely to introduce a compact SUV by 2018

Remember the Adra concept showcased at the Auto Expo 2014? Looks like GM will launch the production version only by late 2017 or early 2018. According to reports, Jaime Adrila, president of GM South America said that Chevy is looking to produce a new compact SUV and it will be in the market three years from now. While Jaime didn't say this, we believe that this new compact SUV will most likely be based on the sub-4 metre Adra concept. This new SUV will square off against the very successful Ford EcoSport and the. 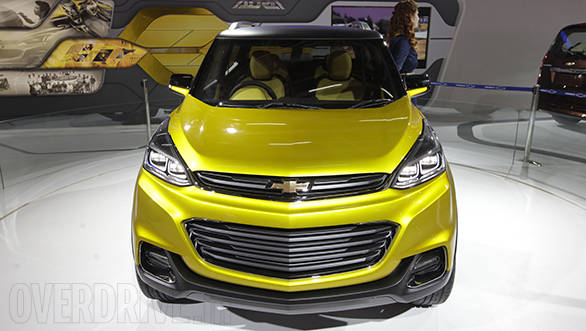 General Motors already has the Trax SUV in South America, however this SUV is a tad on the longer side to qualify as a compact car. Reportedly the new SUV will have the same platform, albeit in a modified form from the Onix. It is expected that this car will be feature-rich and undercut the EcoSport by a fair margin in terms of pricing. 2018 will be the time when even the EcoSport would have got a facelift as would have other competing SUVs. It remains to be seen if the GM SUV can match upto the high standards that other cars have already achieved.