General Motors have announced that they would start exporting the Beat to Chile, South America, by the second half of 2014. The car will probably continue to be sold with the name Spark GT. The initial lot would be left hand drive and will be manufactured at GM's Talegaon plant. Sales in South America will begin from the first quarter of 2015. 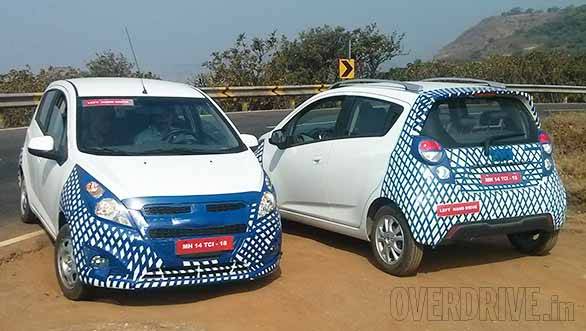 The Beat starts at Rs 5.51 lakh for base petrol in Chile. The base petrol costs Rs 3.92 lakh in India while the diesel starts at Rs 4.72 lakh. This decision comes in a bit late because the weaker rupee would have fetched more competitive prices.

The Beat was recently given a facelift. It gets a new grille, smoked head-lamps and a few changes to the rear bumper. On the inside silver inserts and steering mounted audio controls were added. The ARAI fuel economy rating of the diesel model stands at 25.44 kmpl.

Here is the press release

27th May 2014: General Motors India today announced that it will begin production of export vehicles at its Talegaon Plant in the second half of 2014, with sales commencing in Chile in the first quarter of 2015.

Its first export model will be the left-hand-drive version of the Chevrolet Beat. The fuel-efficient smart city car is already built and sold in many markets around the world.

"The start of Beat exports underlines GM's commitment to India and demonstrates the quality of the country's growing supplier base," said GM India President and Managing Director Arvind Saxena. "The exports will create more employment opportunities within GM India and the supplier community while helping improve capacity utilization at the Talegaon Plant."