India's Gautam Singhania who participated in the 2014 Pirelli Ferrari Open, became the first Indian to win a race in the event. Race enthusiast , Singhania won both of the two races in his Ferrari 458 Challenge supercar. The first two races of the Open took place at Brands Hatch, United Kingdom. The Pirelli Ferrari Open is an invitational event organised by the Ferrari Owners' Club of Great Britain and sponsored by Pirelli. The club spread across 36 countries, allows all Ferrari supercar owners and even former owners to participate in the event. Singhania won the first race with a comfortable margin beating the runner-up by 40 seconds. The next race went even better, with him winning it by a wider margin. Driving at the Indycar circuit after a long break, Singhania triumphed in style grabbing the 'Best Driver' title over the weekend. An elated Gautam Singhania stated, "It's a dream come true to score a double whammy and keep the India flag flying high in an international circuit! The build up to a race was a feeling of pure bliss for every racing fanatic. Race day was really a big day for me as I raced at Brands Hatch 32 years after learning to race here. Winning two races back to back was thrilling given that I was participating for the first time." 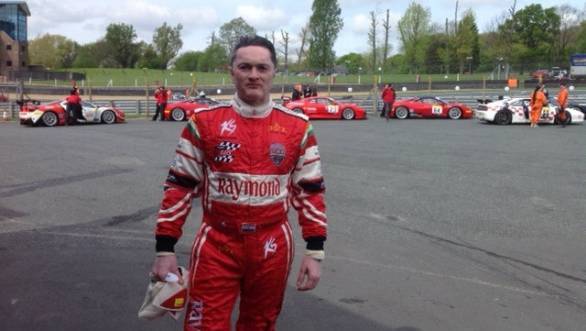 This is not the first time Gautam Singhania has performed in a race car. In 2012, he also won the All Stars European Drift Championship in Malta. Though this was only at an amateur level, he still remains the only Asian to do so. Apart from drifting, he has also participated in the Cannonball 8000 which is a drive from London to Rome. He is also co-founder of the Super Car Club (SCC), which promotes the popularity supercar manufacturers in India.