From video gamers to racing drivers

I was really wondering about what to write for this month's column and to be honest, not feeling especially inspired. I had a couple of suggestions but none of them really got me excited. It's a been a very busy period wrapping up Formula E testing and also doing some work with my Murphy Prototypes Le Mans team for 2015 so writing was far from my mind. 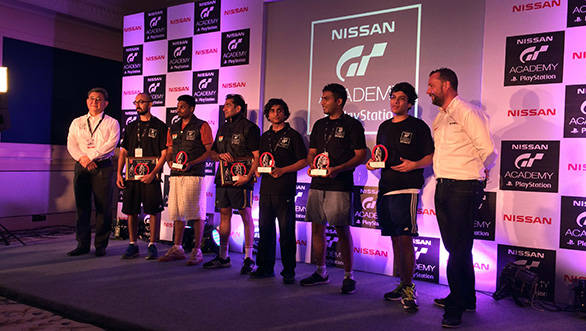 But then, a few things happened which led me to an interesting topic: I spent a week with the Nissan GT Academy India graduates, working to turn them from video gamers to racing drivers, then I spent a day with my young protégé Arjun Maini who is racing in the Formula 4 series and doing very well in it and finally I read the extraordinary news that Max Verstappen is going to get to drive in Formula 1 after just one year of car racing! All of this made me think about what really is the ladder to the top of our sport?

The GT Academy programme is a fascinating case study in making people's dreams come true! The people that have won in the past have been college or school students who really had no hope of being racing drivers but through the programme have all of a sudden found themselves as factory Nissan racing drivers. We had five guys from India come up to Silverstone for a very intensive week of driving as well as mental and physical assessments. It was fascinating to see how five different people with no racing experience at all dealt with being thrown into the deep end under a huge amount of pressure with a life changing possibility at the end. Some didn't seem to care and just wanted to have fun during the week while for others, it really was something that they were taking with all the seriousness that they should have.

We really put the guys through some tough challenges and made them drive lots of different cars on different circuits, surfaces and circumstances  sometimes lapping on their own and sometimes fighting wheel to wheel with other people. As far as preparing a driver, this really is an unconventional but increasingly effective way to get someone ready for a top line career in racing.

Going to see Arjun Maini at Silverstone was a real flashback for me. A young teenager, coming out of Indian and Asian racing, straight into the British racing system, learning about a new way to live life, new ways of interacting with people, new techniques and living out in the middle of nowhere while chasing the dream! It really did remind me of my first years in Europe in Formula 3. Arjun is having a very good season, having won a couple of races and been at the sharp end most of the time. The Formula 4 series is a tough championship and this really is a key point  what championship do you choose? I pushed Arjun and his dad Gautam to do Formula 4 because I wanted him to do the most difficult series at the moment for young drivers making their first steps into Europe. The good old 'sink or swim' policy.

Choosing the right category is always important and I think ultimately, to get to F1 or to a top sportscar programme, you have to be doing the top European Formula 3 series or World Series by Renault or GP2. Everything you do before that should just prepare you to be strong and successful in these categories. What I like about Arjun is that he listens. He listens to what the engineers have to say, he listens to what the driver coaches have to say and he listens to what I have to say. There's no 'teenager with attitude syndrome' and he will go far if he carries on keeping that head on his shoulders.

And then you have Max Verstappen. His ascendency to Formula 1 has been staggering and really only matched by Kimi Raikkonnen back in 2001. For someone to come through from karting straight to Formula 3, win races and show so much confidence behind the wheel is simply amazing. There is no doubt that he is the most exciting young talent of his generation in the same way that Jan Magnussen was in 1994 or Kimi was in 2000. How he copes with F1 will be interesting to watch - is he going to be a Magnussen with unfulfilled potential or a World Champion like Kimi. Time will tell!