Suzuki's iV-4 Concept has made its world debut at the Frankfurt Auto Show. The Crossover concept follows the design direction of the production SUV that is under development and is most likely to debut in the Indian market in 2014, to take on the likes of the EcoSport, Duster and Quanto. 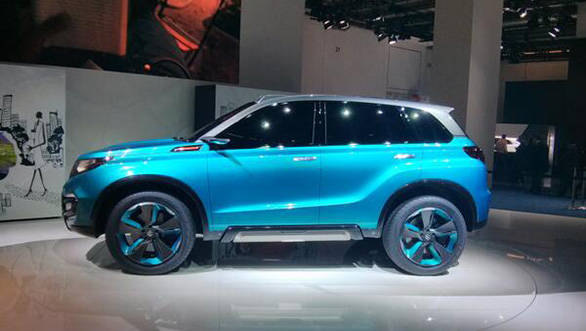 Suzuki had earlier released teaser images and had also spoken of developing the concept on the lines of 'Grab your field'. The iV-4 has the stance of a sport crossover, clam shell-shaped hood, the fog light with built-in laser sensor on the roof and the illuminated five-slotted front-grille. The rear has angular taillights, blackened mouldings, chrome diffuser and twin exhausts. 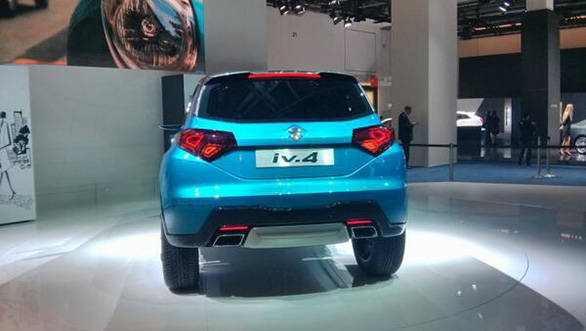 "It's every bit as tough and rugged as an SUV should be, truly empowering its user to 'Grab your field'. This concept model is designed to be personalised, so that customers can turn it into a car which is just right for them and their lifestyle. 'i' stands for 'individuality', 'V' for 'vehicle', and '4' for '4 wheel-drive'," said a company statement. 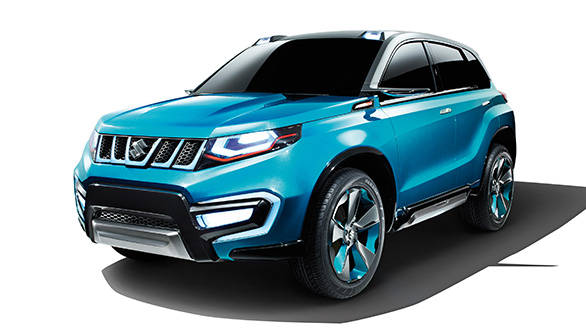 There has been no word on what will power the SUV. One can expect a compact petrol mill and maybe a diesel engine coming from Fiat like many of its other cars.

There is no denying though that the concept does share some striking similarities, back here, to the Maruti XA-Alpha. 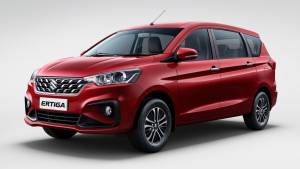