Frame the Star: Chikmagalur Round

Frame the Star's face-off round in Chikamagalur has begun and Prasad Np, aka desi Traveler will take you through what's going on behind the scenes.

Amongst the fragrant coffee bushes stands Villa Urvinkhan. It is here that the second phase of the face-off began today morning, right at the crack of dawn. Of the 15 finalists, 3 arrived last night and the rest shall arrive in batches over the next 3 days. The contestants have a single agenda: to capture the beauty, strength, and grace of the CLA 200, surrounded by  the green hills and coffee plantations of Chikmagalur. Each contestant is given a Mercedes-Benz CLA 200 to shoot, after a draw of lots for the colour. They are free to explore the mist filled hills in search of that perfect shot that can win them a coveted CLA 200 for a year.

Let us meet our contestants-

Chirodeep Chaudhuri is the author of the critically feted book A Village In Bengal: Photographs and an Essay. Till recently he was heading the design and photography teams of Timeout magazines' India editions. His work documents the urban landscape, and he has often been referred to as the "chronicler of Bombay". During his career he has produced diverse documents of his home city in a range of projects like Bombay Clocks, The One-Rupee Entrepreneur and The Commuters among others. Presently, he is the editor of Photography of National Geographic Traveler (India) and lives in Mumbai. He divides his time between his various teaching assignments, and photographing subjects as diverse as the disappearing world of the manual typewriters to café visitors.

"Born in Bangalore but reborn in the wild" captures the essence of Giri Cavale's obsessive passion for nature and its pictorial documenting. His mercurial senses are always on the look out for a momentous experience, and his keen eyes are always ready for the perfect shot. He has explored some of India's most enthralling ecosystems across various seasons with a simple objective  to see and photograph nature up close in its pristine glory, and readily admits that two precious 'colleagues'  luck and patience  have always accompanied him on his expeditions into the wild, yielding some astonishing photographic moments and equally wonderful memories.

Rakesh Soni is the deputy chief engineer at Nuclear Power Corp of India ltd. Photography, for him, began as a hobby when he got his first DSLR(Canon 350D), 8 years ago. He is also interested in clay sculptures and ink drawings. He is a 'Getty Image Artist', and his images have been licensed to reputed corporations and magazines, globally.

For Raju A Khokle photography is more of a passion than profession. He gave up his Associate of Chartered Accountant and Associate of Company Secretary studies, in spite of topping the Bangalore Chapter, to pursue photography as a carreer. His brief work experience in the USA helped him understand the intricacies of commercial photography.He has travelled extensively within the country and abroad to learn from people and professionals. He has been assigned by advertising agencies, engineering and hospitality industries, architects, magazines and more. If he is not shooting, he is out there chasing wildlife or framing landscapes.

Once Edric George completed his Bachelor of Fine Arts, he headed to Mumbai to work under the renowned photographer, Ronny Sequeira. After gaining a year's experience under him, and working on shoots for Bournvita, Kurkure, Mountain Dew, Pepsi, Verve Magazine, etc Edric set out on his own. He has been working as a professional photographer for seven years now. He has done shoots for Elle Magazine, Cosmopolitan, Hello, and Society Interiors. Currently, he is focusing more on wedding photography.

Riddhi Parekh sees frames everywhere. She observes people, their expressions and gestures, the play of light and shade, and a profusion of colours  and she tries to capture it all! She found her true calling only after having dabbled in the Ad world. Her tryst with photography began with assisting ace photographer NrupenMadhvani, and her resolve to become a name to reckon with became even stronger. She then joined Shari Academy of Digital photography where her passion grew by leaps and bounds and she went onto become the Master Craftsmen of the year and also bagged the Best Fashion Photography and Food Photography Award, Luxoculus.

Astro Mohan is an internationally renowned news photographer with over 22 years of experience in photojournalism. He currently works as a senior news photographer of the popular national Kannada daily, Udayavani, which is published from Manipal, India. An incredibly versatile person with a rare blend of multiple talents, Mr. Mohan is also a magician, astrologer, and palmist. He has earned over 199 National & International awards till date, he was recently honored by the Media Academy Award(Given By State Govt of Karnataka) in Bangalore. He is a distinguished member of Photography Society of America (PSA), Royal Photographic Society (RPS), Managing Committee Member of Karnataka Photographers Association (KPA), and Founder member of Udupi Professional Photojournalists Association (UPPA). 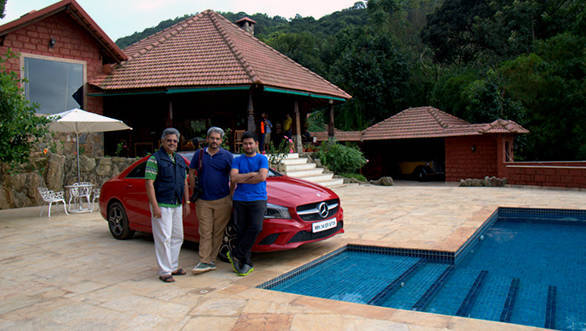 Natasha Hemrajani is an independent photographer working out of Mumbai. In the past she has worked as a photojournalist at the Hindustan Times and as the photo-editor at the international fashion magazine, Grazia. Her work has been published in BBC TopGear, Harper's Bazaar, Vogue, Marie-Claire, The Sunday Times UK, Elle, Beautiful People, The Brunch Quarterly, Ideal Homes & Gardens and Better Photography.

Zishaan Akbar Latif  observes the environment around him and tries to pause these observations with his camera, to share, hold attention and touch a chord. His work takes him places, and requires him to embrace a somewhat solitary life. He is liberal, as he grew up in a free home where they were encouraged to follow their beliefs and fall in love with whom they wished. He has a definite point of view and is unwavering and stubborn in his perspective.

Soumitra Pendse has been in the field of commercial photography since last 20 years. During this time he has to his credit some of the major photography campaigns with several of India's leading brands. Soumitra has also successfully excuted photography assignments for Advertisement Agencies like JWT, Leo Burnett, McCaanErickson , Taylor, Black Table and others. He is also an avid nature photographer who enjoys shooting serene beauty of Himalayas and the vast expanses and landscapes of Ladakh. He rushes to the wildness of nature whenever he gets reprieve from the commercial assignments.

Raj Lalwani is a work in progress. The camera, for him, is just a garb - a cloak that he wears while interacting with the world. A former features editor of Better Photography magazine, he was awarded the Grand Prize in the Seeing the Light competition judged by Joel Meyerowitz. He was also part of the 2014 shortlist of the APA/Lucie Foundations Scholarship. He lives in Bombay, not Mumbai.

Kashish Parpiani is an oft-reluctant documentary photographer from Mumbai. Sons in Exile and Tales from Merwans are some of his most notable bodies of work. As a freelancer, he has been associated with companies such as Percept Pictures, MTV India, Nokia India, and Vogue India. At 17, he bagged the prestigious Nikon  Better Photography Young Photographer of the Year award. He recently wrapped up a Masters' in International Relations, in Singapore.

With a fascination for capturing beauty in the moments of life, Kevin Nunes began shooting extensively through his early years, with the aim of making Photography his profession. He has assisted a few renowned photographers, namely Tejal Patni, Amit Ashar, Joy Datta and Palash Bose, through whom he learnt and witnessed various styles and forms of photography. Since the past 9 years,he has done publicity stills for films, fashion and corporate images for magazines and agencies. He continues to create images that stimulate emotion.

Chikamagalur is one of the most picturesque locations in the Western Ghats, blessed with winding roads, plantations that spread for miles, interspersed with wild brooks, and some incredible ancient temples on hill tops.

Among such beautiful surroundings, our contestants will be working from dawn to dusk to get that winning shot. It is too early to say which one of the contestants will reach the next round and emerge victorious.

Prasad Np is a passionate photographer who enjoys photographing people, wildlife and travel. He is the author of the travel and photography blog called desi Traveler. You can connect with him on his Facebook page called desiTraveler and on twitter @desiTraveler 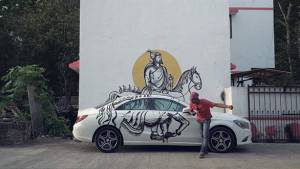 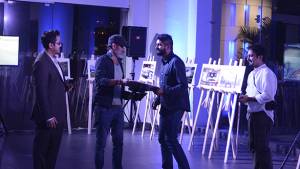 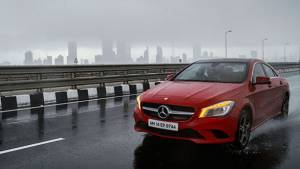