Over 100,000 spectators gathered at Assen to witness the fifth round of the 2015 Formula Renault 2.0 NEC Championship. That's quite a lot of pressure on the drivers in the series, then. And it proved to be the largest crowd before which young Sahara Force India driver Jehan Daruvala had raced. Absorbing all the pressure though, Jehan managed to put in solid amounts of effort and performed well from the first practice session. While he finished eighth of 24 drivers in Practice 1, Jehan managed to set the fourth fastest time in the second practice session. 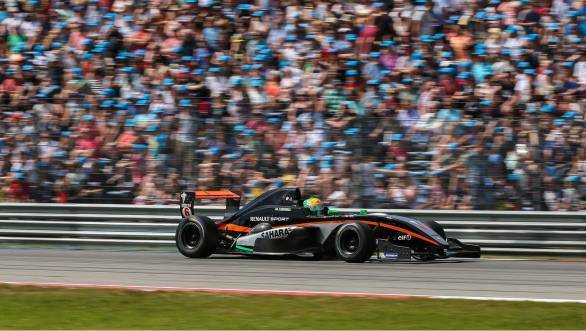 Jehan Daruvala finished eleventh in Race 1 and seventh in Race 2 of the fifth round of the Formula Renault 2.0 NEC series held at Assen

Qualifying wasn't the best for Jehan, and given the level of competition, this proved to be his undoing. The qualifying session had to be stopped twice due to incidents on track, following which Jehan managed to set the seventh fastest time. However, when his fastest lap was erased due to him having exceeded the track limits Jehan found himself eighteenth on the grid. In the second qualifying session he managed to set the ninth fastest time, which was once again deleted, and he found himself tenth on the grid.

During the first race, Jehan worked his way up from 18th on the grid to 11th by the time the chequered flag fell. In the second race, Jehan had a poor start, losing him one place on the grid. But as the race wore on, he managed to pull of a spectacular overtaking manoeuvre that saw him use the dirty side of the track, helping him get past three cars in one go. Jehan eventually finished the race seventh, and set the fastest lap time along the way too - a first for him in his Formula car career. 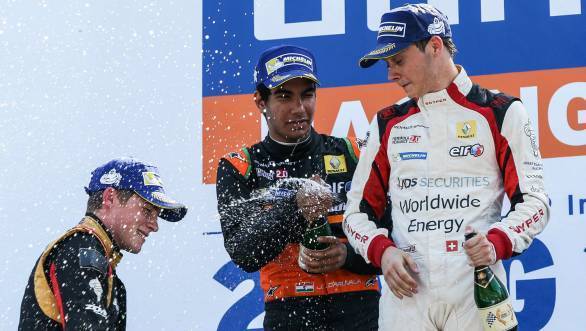 The highpoint of the weekend, however, was that Jehan was the best of the rookie racers in the championship, which earned him another Rookie of the Race trophy. His performance sees him move to second in the Rookie Class, a mere 4.5 points away from the 2014 Italian F4 champion Max Defourney. Jehan is currently sixth overall in the championship.

The next race of the Formula Renault 2.0 NEC championship takes place on the 19th of September 2015.