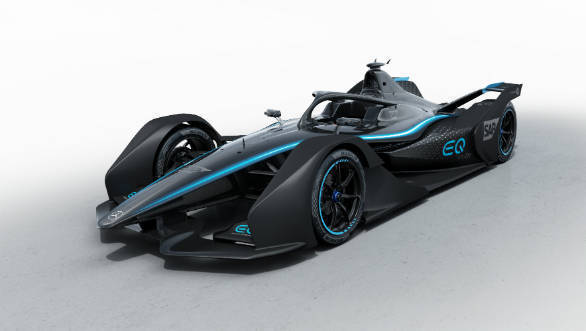 The electric race car carries a teaser livery for this unveiling, the final design will be shown ahead of the season opener. The blue line along the side of the car signifies the EQ sub-brand and is in relation to the similar green theme on the F1 car. The car is finished in a mix of matte and gloss grey while the star pattern at the rear signifies all the traditional values of the Mercedes brand.
When this car debuts at the sixth season of the Formula E championship, Mercedes-Benz will become the only car maker to have a presence in both Formula E and Formula 1. The company hopes that the two platforms taken together will constitute an important technology driver for the entire Mercedes family and will help to shape the future of the automobile industry. 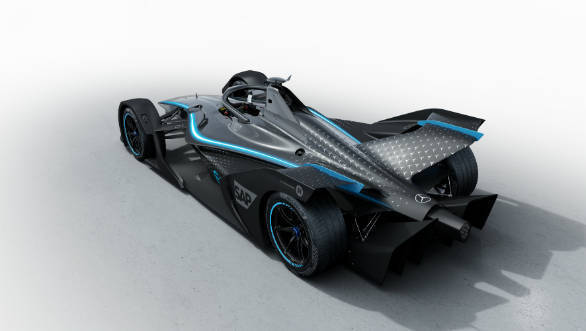 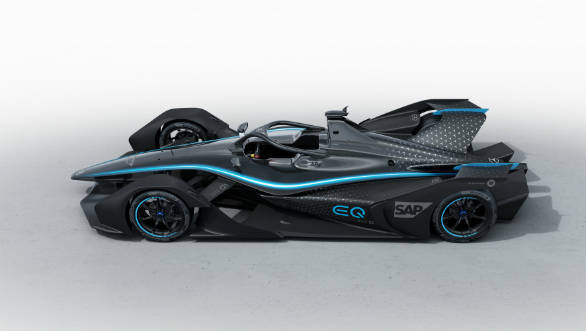 Speaking of this development, Toto Wolff, Head of Mercedes-Benz Motorsport Toto Wolff, said, "The countdown to our entry into Formula E has now officially begun. Our team has obviously been working behind the scenes on this project for quite a while now, but when you see the car in our teaser livery for the first time, you know that the project has entered a serious phase."