The 2019 Berlin ePrix, Round 10 of Season 5 of the Formula E championship, didn't go quite according to plan for the Mahindra Racing team. The Indian outfit, who've just turned five, had returned to the site of their first race win, the Berlin ePrix, hoping to be able to get a good result. One that would help them move back up in the points standings. However, the race in Berlin was tricky for the team. Pascal Wehrlein of Mahindra Racing took a 10th place finish at the Berlin ePrix, claiming a lone point for the team at the German round of the 2018-2019 Formula E Championship

When the race began, Wehrlein ended up managing to move up the order, claiming two spots during the early stages of the race. He moved to ninth. As the race wore on, he managed to stay somewhere in or near the top ten, having interesting wheel-to-wheel battles with Sam Bird and Gary Paffett. Towards the closing stages of the race, a full course yellow situation was caused after the Panasonic Jaguar Racing car of Alex Lynn was left stranded in the middle of the circuit. While it was likely that the order would be reshuffled during the restart, it didn't have a major impact on the Mahindra Racing drivers. This meant that Wehrlein crossed the finish line in tenth place. 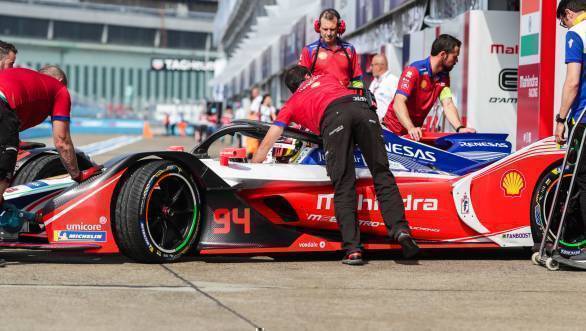 Speaking of his race Wehrlein said, "Yeah, we were not competitive yesterday, we were not competitive today, so nothing more we could do today. You feel straight away if you're not happy with the balance, with the behaviour of the car, and the whole weekend I was struggling. It seems like it's a bit up and down for us this year, so sometimes it seems we are really competitive and right at the top, but some other races we just miss more than half a second. We don't really know why."

Looking forward to the next round at Bern, though, the German driver said, "Like I said, we have up and down races, hopefully the next one is an up again." 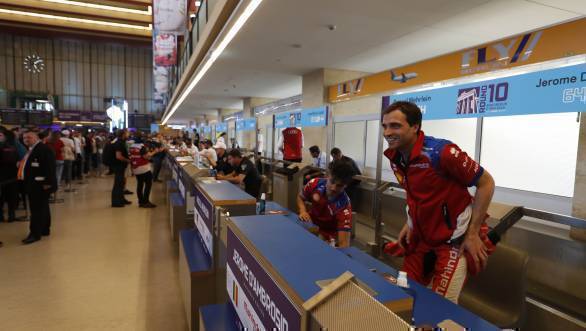 Jérôme d'Ambrosio seen here at the driver autograph sessions ahead of the Berlin ePrix, infinitely happier than after what was a difficult race for him

Meanwhile, it was a less-than-ideal race for the team's other driver Jerome D'Ambrosio. The Belgian driver who finished the race 17th, had a brake-by-wire failure at the start of the race, which, as he told OVERDRIVE, meant that his "race was over before it began".

After the Berlin ePrix, the Mahindra Racing team is fifth in the championship with 117 points, a long way off the top of the standings - DS Cheetah leads with 188 points. D'Ambrosio is currently eighth in the driver's standings with 65 points, while Wehrlein, with 52 points, is 13th.