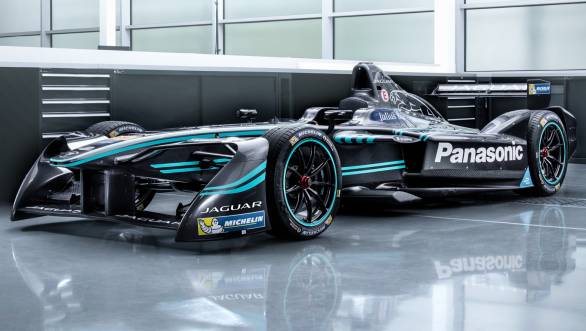 Jaguar Racing has finally unveiled their challenger for the 2016-2017 season of Formula E, complete with new racing livery.

The all new machine, dubbed the I-type 1, will be put through its paces in the third season of Formula E, ably piloted by drivers Adan Carroll and Mitch Evans. The company has also announced Chinese drivers Ho Pin Tung as their reserve driver for the team.

The announcement also revealed a strategic alliance with Panasonic, that involves the team being called Panasonic Jaguar Racing. The official team partner will be Lear Corporation.

At the occasion, James Barclay, team director of Panasonic Jaguar Racing declared that the goal for the team was to be "successful on and off track."

"We know that the challenge will be strong - our competitors have a two-year head start. We will be keeping our expectations in check in our first season. Ultimately we're here to win but we're here to innovate too," Barclay continued.

Of the two drivers, neither have competed in Formula E in the past. Carroll comes fresh from an endurance racing background, competing for Gulf Racing Porsche in the GTE-Am category of the WEC. Evans, while also competing in the LMP2 category of the 24 Hours of Le Mans, has just completed his fourth season of GP2.