Audi has unveiled their first all-electric race car at Neuburg. The new machine, dubbed the Audi e-tron FE04, will be used by Team ABT Audi Schaeffler in the upcoming fourth season of Formula E. The company has stated that the e-tron FE04 "mirrors the company's transformation from a classic automobile manufacturer to a forward-thinking mobility provider on the race track". 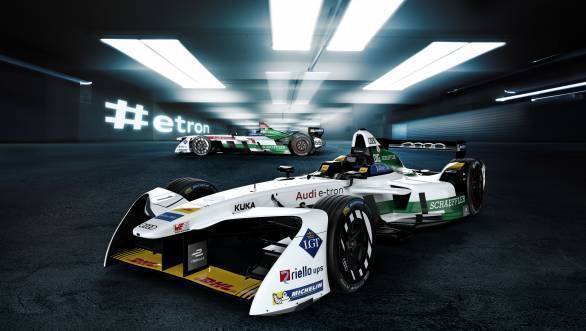 Given the current regulations of Formula E, where the teams and manufacturers are allowed to develop the powertrain (motor, transmission, parts of the suspension, and the software). Which means that Audi is particularly proud of the combination of motor and transmission that they describe as the "centrepiece" of the e-tron FE04. The engineers have also focussed on the motor-generator unit, in order to make it even more efficient. The power is transmitted to the wheels using a high-efficiency transmission that features only one gear in the 2017/2018 season. 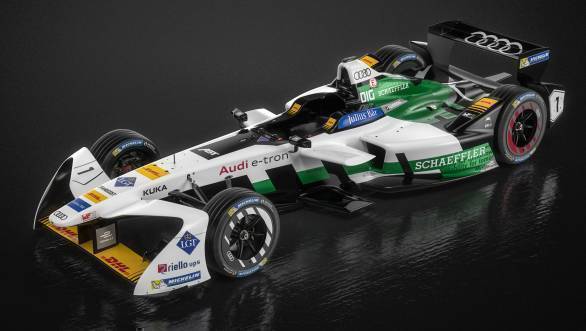 "Together with our technology partner Schaeffler, we have developed a completely new powertrain," said Head of Audi Motorsport Dieter Gass. "You can immediately tell this by looking at the new carbon housing of the powertrain. The car also sounds different because we're pursuing new avenues in technology." On the outside, the car features a new livery with white, metallic green and black as the colours. The e-tron FE04s will be piloted by Lucas di Grassi, defending champion, and Daniel Abt, who has been signed as an Audi factory driver. Abt's car will feature additional red livery to help distinguish it from di Grassi's. 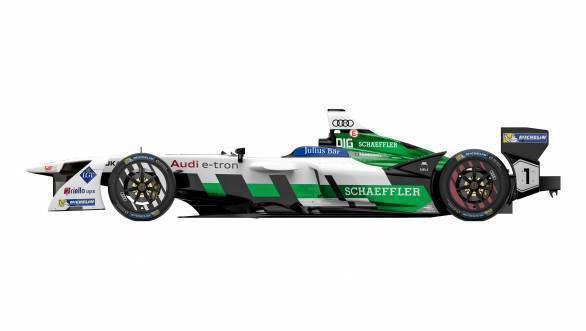 Audi Sport ABT Schaeffler now has a new team principal in the form of Allan McNish. While McNish had already supported the team during season three, he is now officially their squad leader. 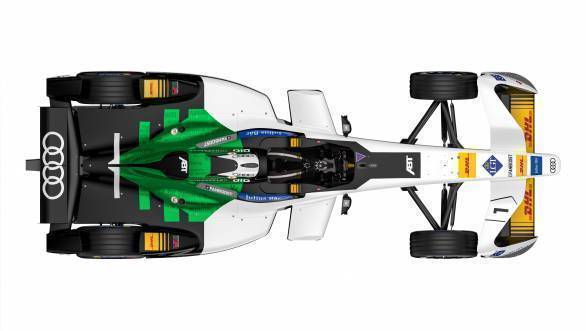 The Audi e-tron FE04 will make its racing debut at the Formula E season opener in Hong Kong on December 2, 2017. Before that it will be seen at the Red Bull Ring in Austria, where Daniel Abt will drive it over the next two days. After that it will be at the test sessions in Valencia, Spain for FE pre-season testing.