Ford's CEO Alan Mulally will be retiring this June and will be handing over the reins of the company to Mark Fields. Mulally, 68, served as Ford's Chief Executive Officer (CEO) for eight years. His official retirement date will be the 1st of June. Fields will be named president and CEO and elected as a member of the company's board of directors.

Alan Mulally joined Ford in September 2006 and oversaw the company's turnaround with 19 quarters of profitability. Within two years of taking over as CEO, he saw Ford go through the economic crisis which crippled many American car manufacturers. 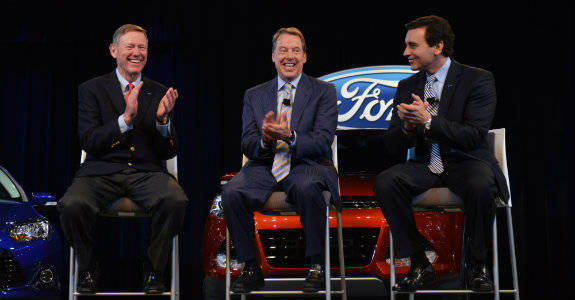 Mark Fields, 53, joined Ford over 25 years ago, and has since then been groomed to take over as CEO. Fields is also credited with leading Ford's North American division to record profits in recent years. Fields was named as the Chief Operating Officer in December 2012 and before that, he served as the Vice-President and President of the Americas since October 2005. "It is a true honor to lead this great company and this talented team into the future", Fields said in a statement.

As of now, it is unclear as to who will step up to the position of COO and what Alan Mulally's retirement plans are. Ford has stressed that it expects the transition to take place smoothly since it has been in the pipeline for sometime.