The Ford Freestyle has broken cover days prior to the Auto Expo 2018 in New Delhi, which in fact was the car's global reveal. The car was showcased in India hours before it was unveiled in South America, another huge market for Ford. Dubbed a 'compact utility vehicle' by Ford, the Freestyle will go on sale around May 2018 and will mark the debut of its all-new 1.2-litre, naturally aspirated, three-cylinder Dragon series petrol engine. With its outputs of 96PS and 120Nm the engine will be the most powerful 1.2-litre petrol engine in the country, apart from which the Freestyle will also be powered by Ford's tried and tested 1.5-litre, four-cylinder diesel engine that offers 100PS and 215Nm. While there's still some time before we drive the car, here's a quick look at the all-new Ford Freestyle. 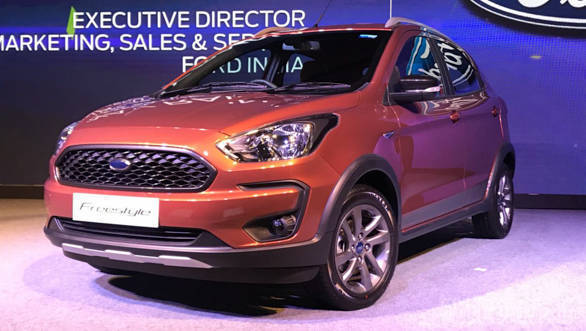 The Ford Freestyle's front end looks very similar to the Figo's particularly the headlamp design. The grille is different though with its honeycomb grill which gets a gloss black finish. Also note how the bumper is different, particularly at the ends, where it houses the fog lamps 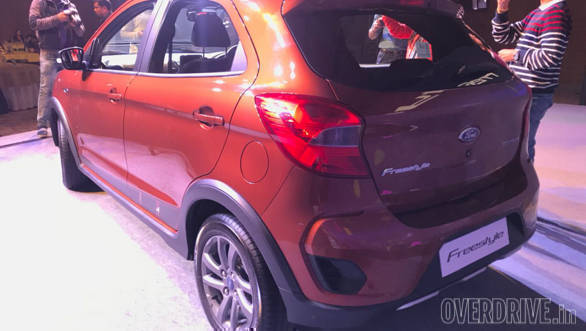 Treatment to the rear end is similar, as the tail lights look just like the Figo's at first glance, though internal elements are different. The rear bumper is different as well 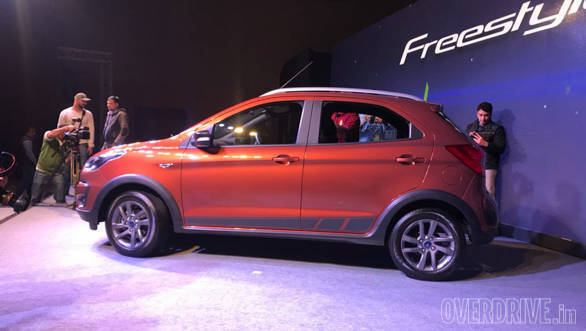 The side profile is typical of crossover hatchbacks, as the Ford Freestyle boasts a higher ground clearance than the donor hatch at 187mm, apart from getting black cladding all round, mild graphics and roof rails for that rugged SUV-like stance 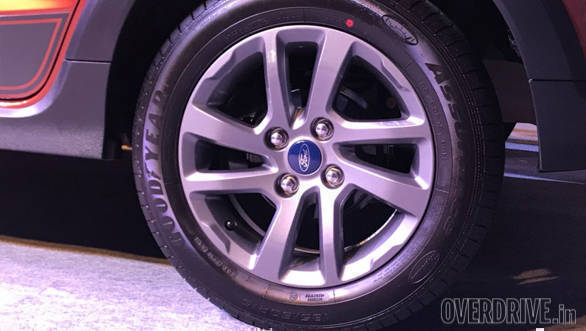 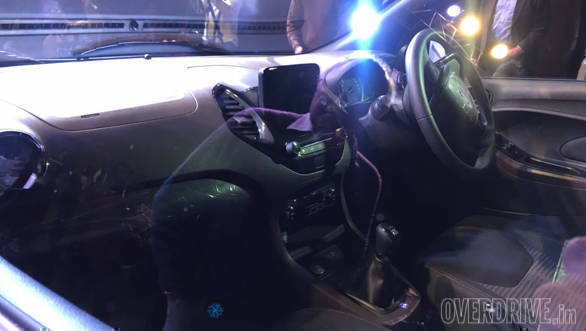 The Ford Freestyle's interiors are identical to the refreshed EcoSport's that was launched last year, including the same, stand-up 6.5-inch touchscreen that boasts Ford's SYNC 3 connectivity which integrates Apple CarPlay and Android Auto connectivity 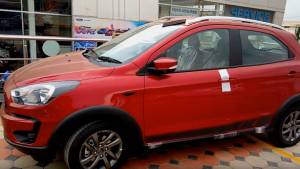