A heavily camouflaged Ford Figo hatchback, in what appears to be a crossover guise, has been spotted testing in the country. Features that set this test vehicle apart from the Figo variants currently on sale give it a tougher look. 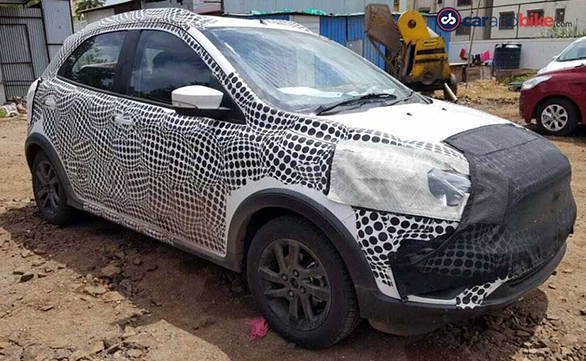 While the vehicle seen testing in the spy shots is camouflaged, the matte-black plastic cladding that runs along the length of the bumpers, underbody and wheel arches is hard to miss. The test mule also features roof rails, and the side view shows a new 8-spoke design on the black alloy wheels.

The wheels, however, appear a tad bit small, which could be due to the exaggerated arches or just a specific set of wheels being tested. When it does hit the streets, 15-inch alloys would definitely give it a slightly taller and more rugged look. A look at the front of the test vehicle also reveals lower-sitting trapezoidal air intakes/fog lamp recesses. 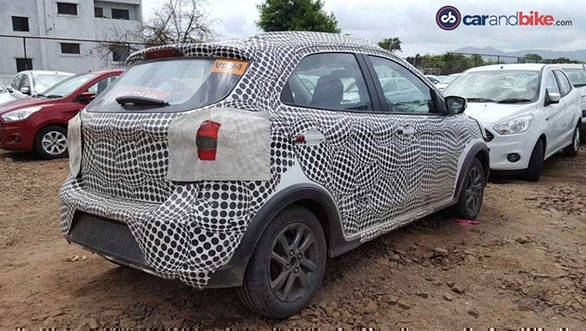 If this is indeed the mid-cycle refresh to the Figo line, it could come with certain other changes. News reports suggest that future Figo and Aspire compact sedan models will be powered by a 1.2-litre 3-cylinder petrol motor, derived from the Dragon series of petrol engines, which are expected to arrive with the upcoming EcoSport facelift.

The engine is believed to be 10 per cent lighter than the 4-cylinder 1,196cc petrol offering on the current Ford Figo line-up. On the inside, Ford could also replace or update the infotainment system with a touchscreen, an option its competitors offer too. 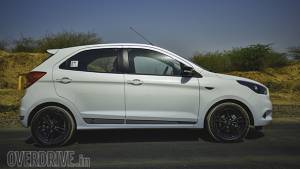 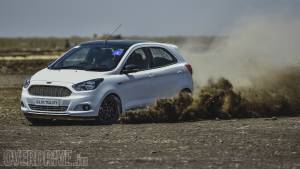