The Ford Endeavour, also known as the Everest in most international markets, has received a more powerful petrol motor as part of an update in China. The engine in question is the 2.3-litre Ecoboost turbo petrol. This is the mainstay of the Ecoboost line, and has been found on everything from the Mustang onwards.

This petrol engine is available primarily in the Chinese market. The 2.3-litre four-cylinder turbo petrol makes 275PS and 455 Nm. This is paired with the 10-speed torque-convertor that is also available in the Indian-spec car. This pairs with an AWD system. Ford claims a fuel efficiency of 9.9 kmpl for this SUV in the Chinese market. 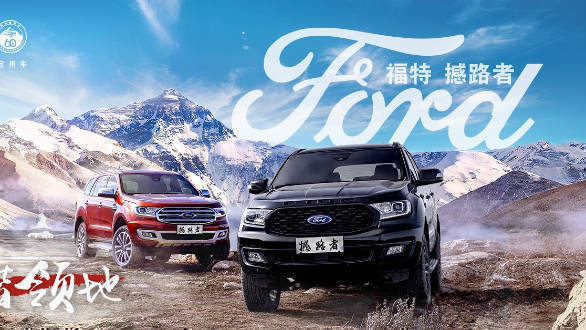 The Chinese market Everest looks largely similar to the car sold in India. Only differences are a slightly different grille and alloy design. However, numerous variants are on offer, unlike the two variants on sale here. There is also the option of having it as a five-seater. As for the features list, this stay's true to what is on offer here but adds a suite of driver assistance systems and onboard connected car features.

In most international markets, the Endeavour is powered by the 2.0-litre EcoBlue diesel as seen in India. Markets like South Africa and Australia get a twin-turbo version of this motor which produces 213PS and 500Nm. The India car gets the single turbo version with 173PS and 420Nm. The 10-speed auto is standard while 4x4 can head on the higher trims.

It is unlikely that we will see the petrol Endeavour in India. This segment of ladder-fram SUVs has stuck with diesel engines post the BSVI update. The Endeavour's closest rival, which recently received an update internationally, also continues to be more popular in diesel form.