Ford EcoSport to launch on June 26 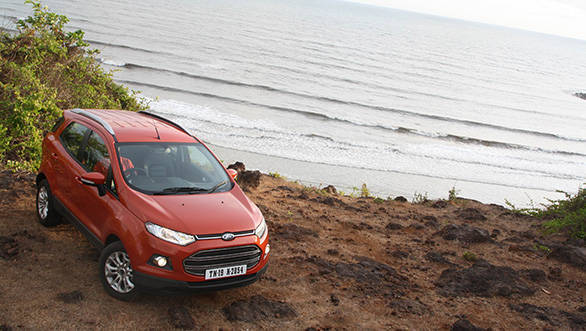 Not two days have passed since we reported that Ford had opened bookings for it's highly anticipated and painfully awaited mini-SUV, the EcoSport. Now we're hearing that the official launch, this time with pricing will be on the 26th of June. Alan Mulally, Ford President and Chief Executive Officer who recently flew down to India for the rollout is also expected to launch the vehicle in New Delhi.

"The EcoSport looks fantastic. The Chennai team, together with our supplier partners, have done an outstanding job in delivering our customers a great looking, fuel efficient, safe, compact utility vehicle with impressive functionality and connectivity, at a very affordable price," said Mulally, who was recently in Chennai to congratulate Ford employees on the first EcoSport shipments.

The EcoSport as we already know will be available with three engine options, the 2013 Engine of the Year winning 1.0-litre turbocharged petrol Ecoboost, in addition to the 1.5-litre petrol and diesel. The Ecoboost engine will be available on just the top-of-the line EcoSport, interestingly, making the smaller-engined vehicle the flagship EcoSport.

The EcoSport will come equipped with a 5-speed manual transmission and Ford SYNC, which is more than just a Bluetooth-enabled telephone and audio system.

The only reason behind the long wait for the launch: Ford has been ramping up supply to dealers to make sure customers seeking to own an EcoSport don't have to face long waiting periods.

Read our drive opinion on the EcoSport with the Ecoboost engine here, as well as the full comparison test between the diesel EcoSport and its closest competitor the Renault here.

Just in case you weren't convinced that the launch is actually happening, here's proof. We hope the event is anything but 'price-less'. 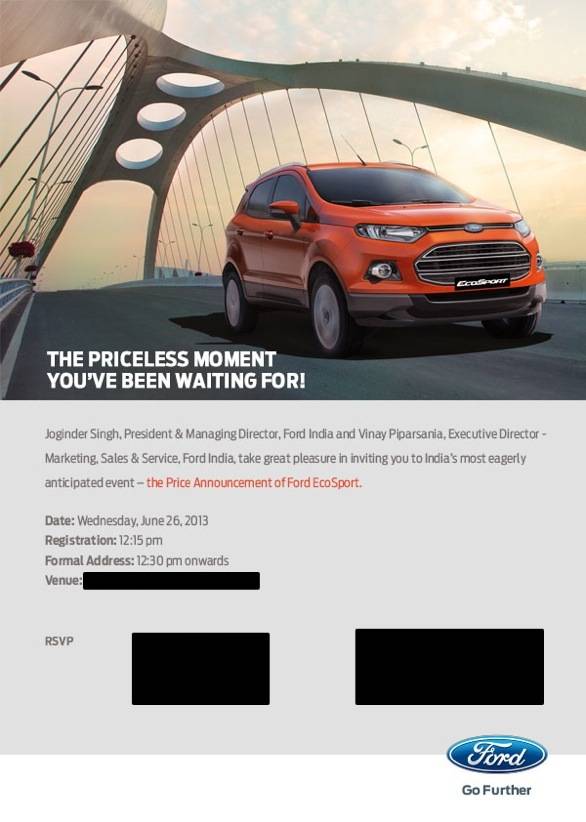 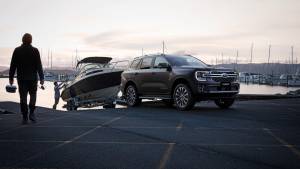 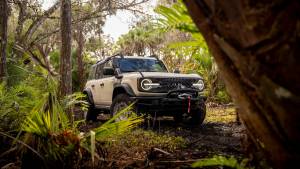 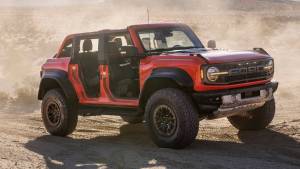