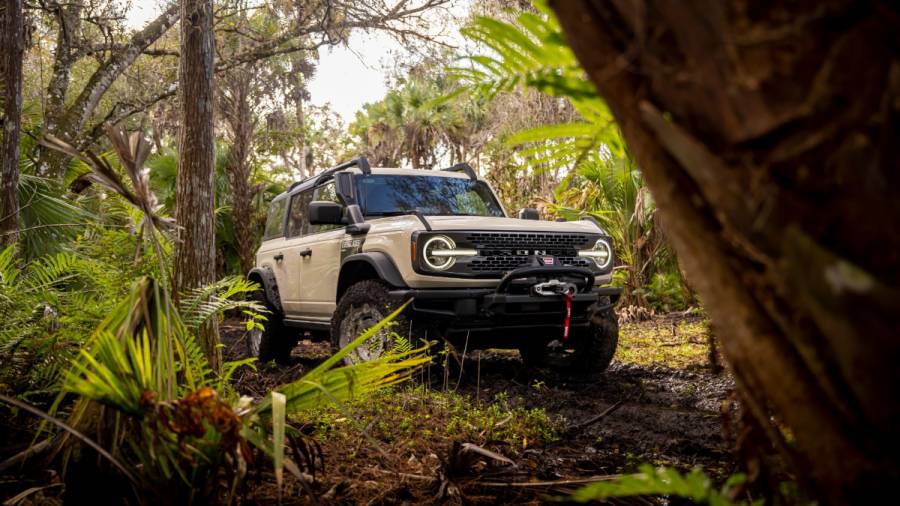 Ford has also given the Ford Bronco Everglades wider wheel arches than the original Bronco to accommodate the larger wheels and tyres, as well as a detachable hardtop with a built-in roof rack. The main distinction from the basic Ford Bronco is upfront, where Ford has added a new Safari bar and a winch to the bumper which can pull up to 4.5-tonnes. 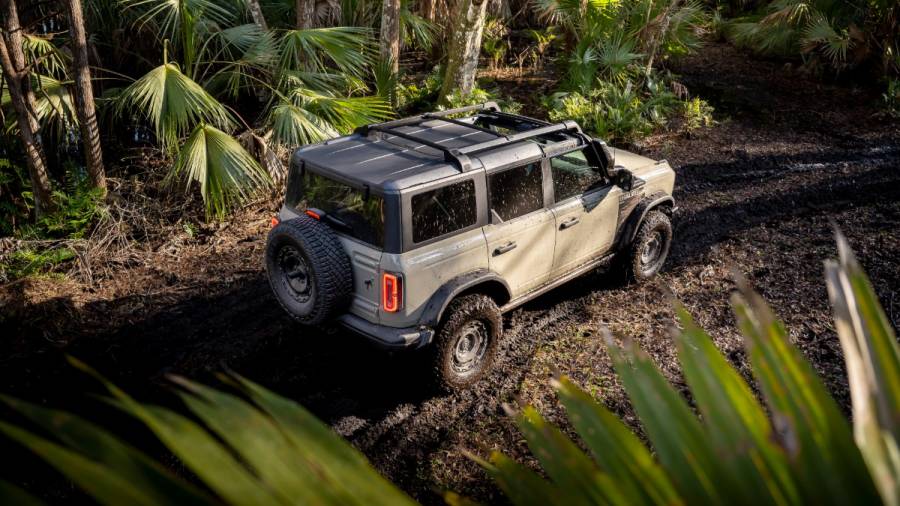 A different type of snorkel air inlet, which is fitted to the Bronco's A-pillar, was also devised by Ford engineers. It comes with two replaceable plates that modify the intake route to help block out dust and water depending on the weather. As a result, the air entering the engine can be forced to move via the back of the intake, which is advantageous while driving into a strong downpour.

The Ford Bronco Everglades is driven by a turbocharged 2.3-litre four-cylinder petrol engine that delivers 300PS and 441Nm of torque, much like the standard Bronco. The engine is connected to a 10-speed automatic transmission that distributes power to all four wheels. Sales will commence in March exclusively for current Ford Bronco reservation holders only. The starting price will be 53,000 US Dollars plus an additional 1,495 US Dollars for destination and delivery.